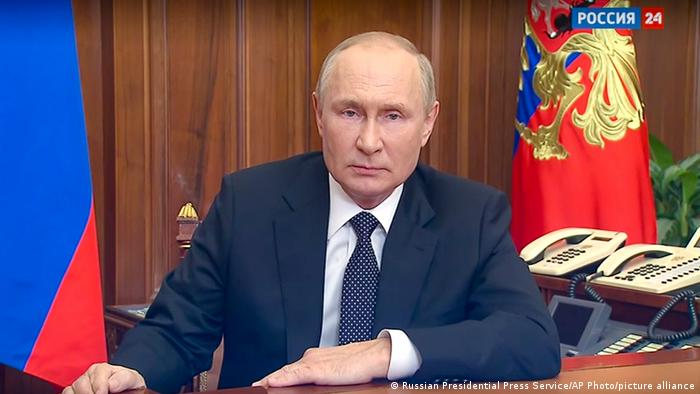 On Wednesday, September 21st, Russian President Vladimir Putin announced the partial military call-up to the nation. This move would help the country strengthen its military contingent in Ukraine after the last successful strikes launched by the Ukrainian forces.

Furthermore, the Russian President threatened the West with the use of nuclear weapons if the latter continued to threaten Russian territory. During his speech to the nation, he clearly said that Russia has “lots of weapons to reply” and that this is not a stunt used to prevent the advance of the Ukrainian-Western forces.

The partial mobilization, at least for now, would concern only Russians who have previously served in the army and are currently in reserve. This number would amount to circa 300,000 reservists. The retired are considered a precious asset since they already have a strong military background. Moreover, the partial mobilization will continue over the next few months and spread throughout the country.

As was expected, the news did not spark harsh reactions only in the West. Many Russian citizens flowed into the streets to express their disappointment vis-à-vis the President’s decision.

As reported by the Moscow Times, hundreds of protesters were detained by the Russian authorities. The protests occurred not only in the central Russian cities of Moscow and St. Petersburg but also in minor centers. Accordingly, many Russians, mainly women, took the streets of the Russian far east and Siberia. Cities such as Ulan-Ude in Buryatia, Yakutsk in the Republic of Sakha, and Irkutsk and Khabarovsk in the far east were among the major hot spots.

This was also well-documented by the Moscow-based reporter for The Guardian, Matthew Luxmoore. In his Twitter account, the journalist reported the disappointment of many Russian citizens, mainly women, carrying the slogan ”No to mobilization.” The reporter registered reactions from several Russian cities, including Novosibirsk, Tomsk, and Krasnoyarsk, as well as Moscow and St. Petersburg. Protesters held slogans or their smartphones with torches while parading through the streets. Soon after the protests began, the citizens were promptly arrested by the police.

Protests were also organized by the anti-war movement Vesna Youth Democratic Movement. As reported by Al Jazeera, the action declared that “You don’t have to die for Putin” and “You are needed in Russia by those who love you. You are just cannon fodder for the authorities, where you will be squandered without any meaning or purpose.”

Furthermore, the imprisoned opposition leader, Alexey Navalny, released a statement saying that Putin is sending more people to death for what the leader defines as a criminal war. After being poisoned in 2020 with a Novichok nerve agent and hospitalized in Berlin, Navalny traveled back to Russia one year later, where he was immediately detained and imprisoned.

Putin’s speech yesterday prompted many Russians to buy tickets and leave the country. According to Fox KTVU, air ticket prices for the only connections operating between Russia and Europe, namely Air Serbia and Turkish Airlines, have soared. The newspaper reported that, within minutes, tickets for one-way economy fares from Moscow to Istanbul and Dubai had reached the staggering price of 9,200 euros.

Currently, the situation is highly fluid both in Russia and the West. It is now difficult to predict whether Russia will employ tactical nuclear weapons to take back the claimed territories and whether the West will reply. The only particular fact is that both parties are now walking on a dangerous tightrope.