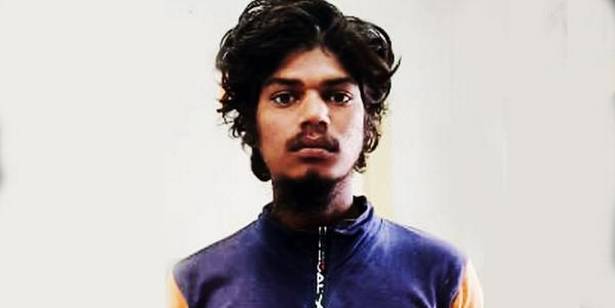 A Hyderabad man Pallakonda Raju accused of molesting and killing a 6-year-old girl at Saidabad was found dead on the railway track at the Ghanpur station in Telangana on Thursday, 16 September."

Declared after the verification of identification marks on the deceased body," the Twitter handle of the DGP of Telangana police wrote and shared images of the man’s body on Twitter itself. He confirmed the identification of the body through tattoos. 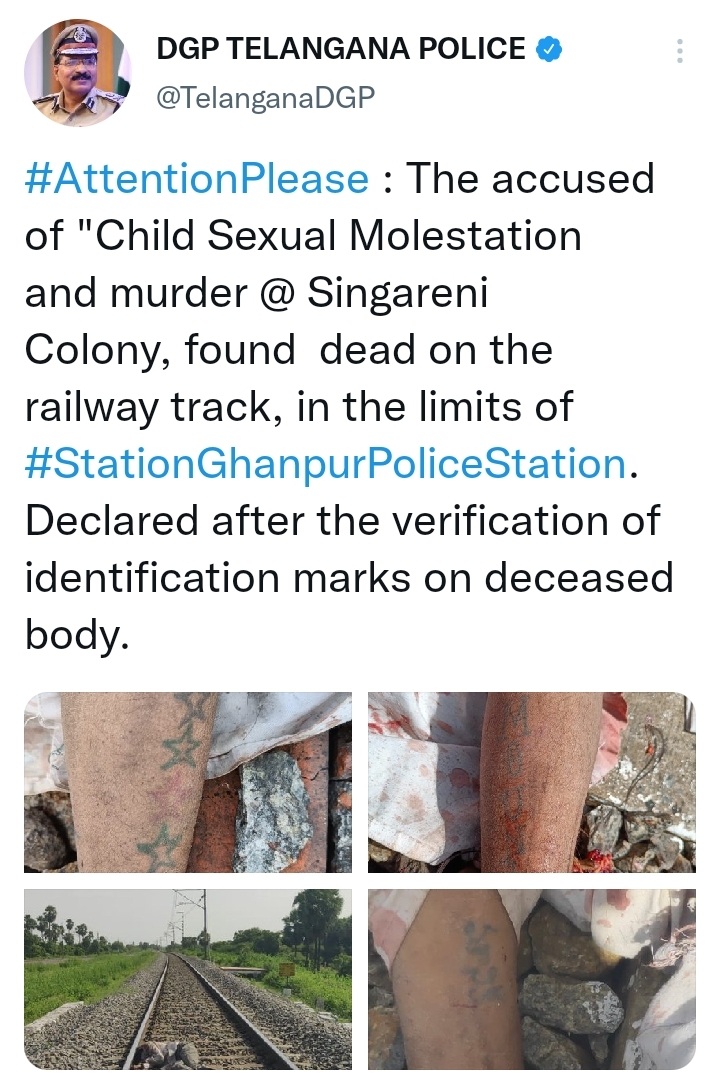 Though, the reason for death is yet to be discovered. It could be an accident, a suicide, natural death or else murder.

A massive manhunt was launched by the Hyderabad City police to catch Raju, the prime suspect of the case. The police also announced a cash prize worth Rs. 10 lakhs, to whoever giving leads of his and finally helping the police to arrest him as soon as possible. Even at various public places, posters were pasted on vehicles, statues, walls declaring “WANTED MAN RAJU”.

The incident of the minor girl who had gone missing from her home on September 9 and was sexually assaulted and murdered has been reported all over the state and country. The molested body has also been recovered from Raju’s home, the girl’s neighbour.