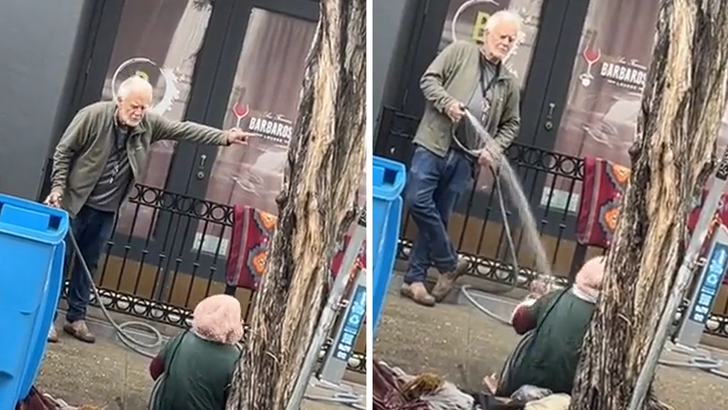 A SF business owner received backlash after a viral video captured on Monday showed him spraying a homeless woman with a water hose.

Collier Gwin, the owner of Foster Gwin Gallery on Montgomery Street in San Francisco, is shown spraying an unnamed homeless woman that is sitting down on the sidewalk near his business with a water hose. Gwin continuously sprayed the unhoused woman as she screamed and demanded that she “move”. He pointed down the street and asked, “Are you gonna move?”, then the video ends. 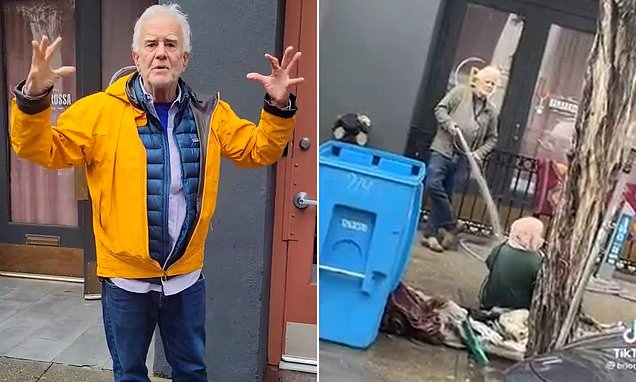 Many people online heavily criticized the recorded confrontation of Gwin's actions, especially against a homeless woman. An unidentified person took it upon themselves to break the glass door of his business on Tuesday.

KPIX was present on Tuesday evening when a man confronted Gwin about how he handled the situation.

"I want you to shut down and I want you to move away, because you treated somebody inhumanely.", said the unidentified man.

Online users also criticized nearby businesses like Barbarossa Lounge, which is seen in the background of the video, for allowing this situation to happen. The owners of Barbarossa Lounge issued a statement saying that they disagree with Gwin’s behavior and treat everyone with dignity and respect.

“Barbarossa is in no way associated with the inhumane actions portrayed in the video,” said the owners. “We are extremely disappointed in this individual's behavior and in no way support such actions. Barbarossa strives to support our local community and treat all passerby and patrons with equal respect and dignity.

Trena Hamida, the co-owner of Barbarossa Lounge said this incident is ruining their reputation even though they were not involved.

"It's very unfortunate that it happened in front of our small business. We've been struggling a lot through COVID hanging on by a thread, and now our reputation is being dragged through the mud for something that we didn't do, for something that's not even affiliated with us," said Hamidi. "We don't believe in the inhumane treatment of anyone - homeless or not."

The San Francisco Police Department told news sources that they responded to the incident after receiving calls of a possible assault. The officers on scene met with the two involved individuals and both of them reportedly declined to take further police action. The San Francisco Street Crisis Response Team was also called during the time of the incident to assist the woman, said SFPD.

Gwin claimed that he called police officers and social services and ordered the woman to move before the situation escalated of her allegedly throwing trash cans and yelling back. He also stated that his actions were a result of trying to help the woman, cleaning up her mess, and acting belligerent which scared off potential clients on numerous occasions. On that late Monday afternoon, he decided to take matters into his own hands.

"I've been down here 40 years. I've seen tons of homeless people, we've helped the ones that we could, and I have not had any issues with people," he said. "But in this case, I was very upset that the city could not help, and their hands are tied too."

Gwin revealed how frustrated he was with the woman constantly behaving the way she did, yet nothing was being done about it, according to KPIX.

Gwin and several other nearby business owners have been trying to get the woman help, but she refuses and wants to be left alone. 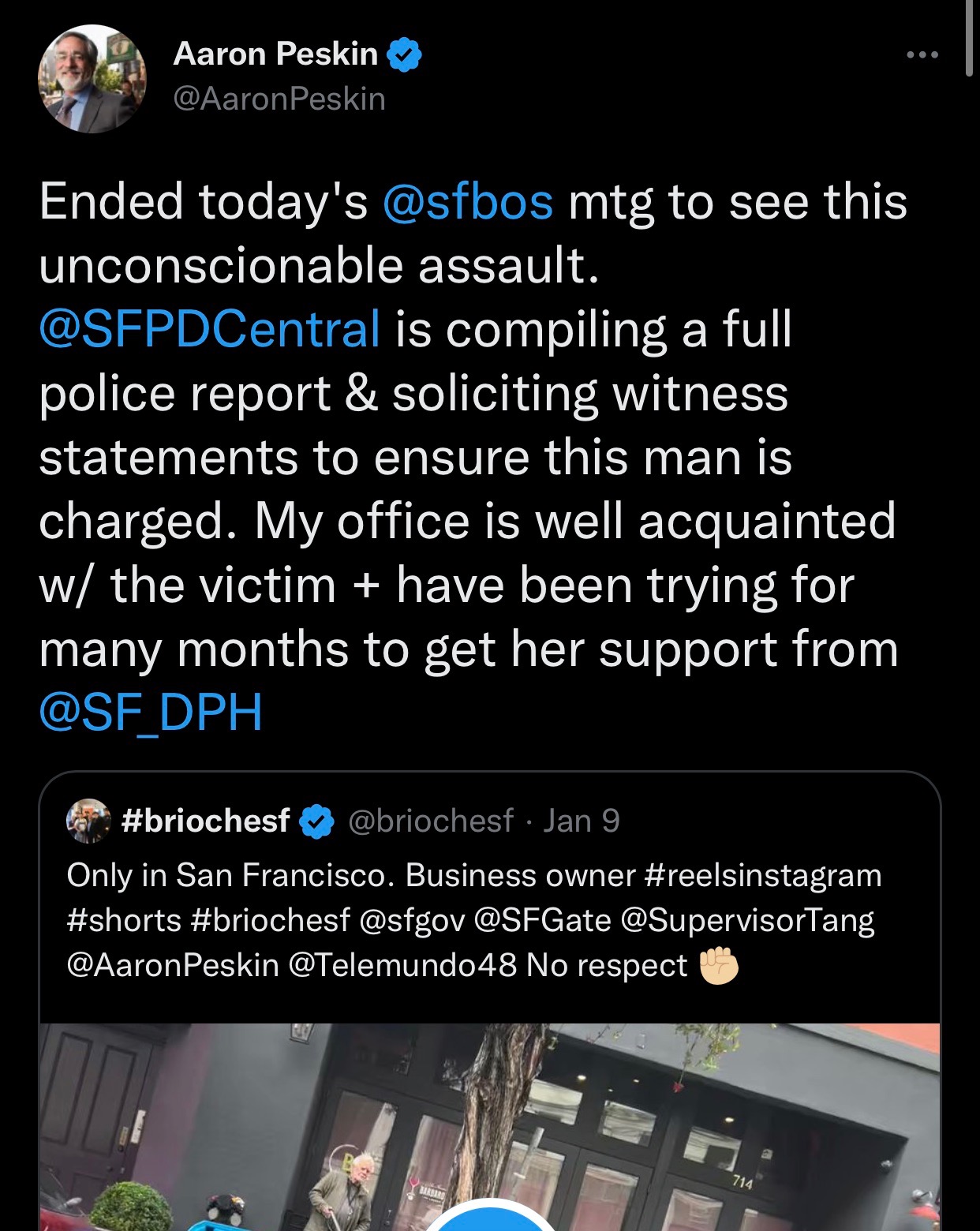 San Francisco Supervisor Aaron Peskin took his response about the incident to Twitter Tuesday evening, calling it an "unconscionable assault" and saying police were "soliciting witness statements to ensure this man is charged." Peskin also tweeted that he and the victim are “well acquainted” and has been trying for several months to get the San Francisco Department of Public Health to assist her, but they have yet to reply or comment on the incident.

Gwin said he saw the woman that he sprayed in an ambulance on Tuesday and he apologized to her. But her response was difficult to understand.