IAF out of sync with other defence establishments 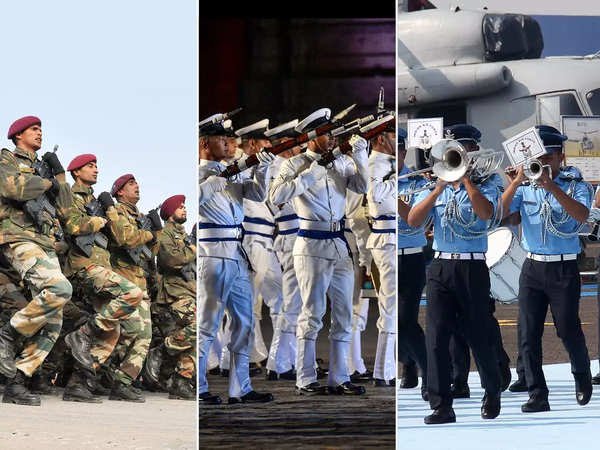 The supremos of Indian army, navy and air force are still debating on the proposed theatre orders for defence forces as the Indian Air Force is said to be putting a roadblock in the theatre formation according to reports from the defence ministry.

Last week, the defence ministry had asked the cheifs of security forces to start engaging in dialogues with the chief of defence staff Bipin Rawat and pan out an amalgamation of the three forces for theatre commands and unscramble any friction or disagreements that might come up. However, according to sources, the cheifs of the pyramidal forces are said to be playing their own games, causing a wrangle in the command.

Nevertheless , rumours have put Bipin Rawat in the centre of all this as he is known to make controversial statements that have caused a lot of hitch before as well. Last month in an interview, the chief of defence staff had labelled the IAF as a “supporting arm” in the defence forces which didn’t go down well among the cheifs and in turn triggered a huge rift with the establishments. The top echelons of the forces came out to criticize his comment. Air Cheif Marshall R.K.S Bhadurai singled out Rawat and said “air-power has a huge role in Indian defence".

The merger of the defence forces was to be completed earlier this month and a draft account had to be forwarded to the cabinet body for validating the formation of the theatre commands.

The Modi government had specially formed an expert body to accelerate and formulate the theatre command and Bipin Rawat was assigned to helm the consultation, but his position and utterances outplayed him as the deadlock to restructure the defence forces doesn’t seem to be resolving as long as he heads the expert committee.

In defence terms, theatre command or theatrisation means taking a chunk of personnel from each of the three military forces and assembling them under one command for a coalesce and tactical approach in warfare using a diverse set of resources and manpower.

The air force is also said to be apprehensive because of its limited resources and manpower compared to army and navy. According to sources in the defence ministry, the IAF doesn’t want to chop its chattels which will affect their daily operations. The IAF is also disturbed with Rawat heading the whole operation and wants to make its own reservations irrespective of his opinion.

With China stepping up its military operations along the Line of Actual Control (LAC), setting up bases and defence structures near the borders of Arunachal Pradesh and Sikkim is a cause of great concern for the defence establishments of the country. Intelligence reports have also revealed that the Chinese and Pakistani military are teaming up and boosting their air activities along the Indian border which is menacing.

The Indian theatre command is extremely crucial at this time as the country needs a strategic deployment of forces in the regions of ongoing border- standoff and protect its share of the land. Unnecessary procrastination may lead territorial and infantry loss which wont play out well.