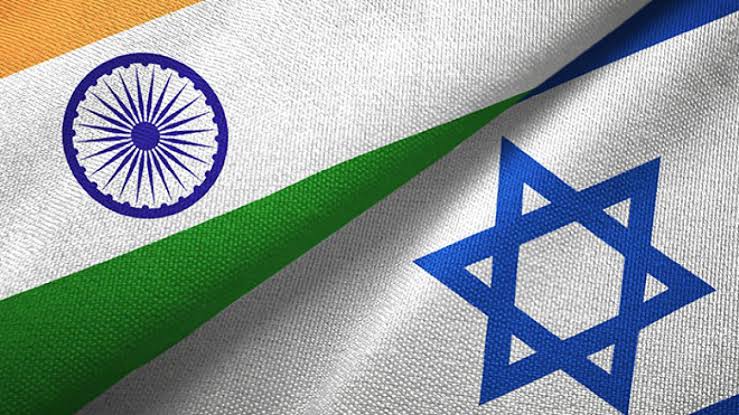 PM Modi said that there cannot be a better time to set new goals to take forward India-Israel relations when India is celebrating its 75th independence anniversary this year and Israel its 75th independence anniversary this coming year. He said that in a changing world, the importance of India-Israel relations has increased even more. He also expressed confidence that the friendship between both countries would achieve new milestones in cooperation in the coming decades.

In a video message, Israeli Prime Minister Naftali Bennet too praised the bilateral relationship and 30 years of “deep cultural connection, and military and economic cooperation.” He said that while sharing a “gehri dosti” or deep friendship, both countries had also forged a “wonderful partnership” over the past three decades. He said that the ties between Israel and India are strong, and would only grow stronger with endless opportunities.

The foreign ministers of India and Israel in a joint op-ed published in an Israeli daily on Friday emphasised that “friendship and trust” are not only positive traits but also “real assets”, and that both countries have worked together to “deepen their roots” for the last three decades, found solutions to common challenges, including in the security sector.

In a virtual event held on 24 Jan to mark the launch of a commemorative logo for the 30th anniversary of diplomatic relations between the two countries, addressed by both the Israeli Ambassador to India, Naor Gilon and Indian envoy to Israel, Sanjeev Singla, Naor Gilon emphasised that the 30th anniversary of India-Israel diplomatic ties is a good opportunity to look ahead and shape the next 30 years of relations. He said that Jews lived for over 2,000 years in India in total equality and peace. He described the bilateral ties as “really exceptional” and said this was a strategic partnership “not only by name but also by action”.He also said that during his stay, he realised that there was no such phrase or sentiment as anti-Semitism in India.

The Israeli envoy also enumerated various fields of cooperation among the two countries like agriculture, water, security, innovation, health, tourism, education, culture and more. Singla said the Jewish people had thrived in India for centuries, enriching the country’ composite culture and that the large Indian Jewish community in Israel forms an “organic link” between the two sides. He also added that apart from a strategic partnership that was launched five years ago, both countries are now looking towards greater cooperation in areas such as innovation, AI and quantum computing.

Gilon also recalled the role of soldiers of the British Indian Army in World War 1 and his visits to some places last year along with India's external affairs minister S Jaishankar that commemorated more than 900 Indian soldiers buried in Israel in liberating areas that later became Israel. On 29 Jan, he shared a video on twitter that showed the Masada Fortress in Israel illuminated with lights celebrating 30 years of diplomatic relations between the two countries.

India had recognised Israel on September 17, 1950, but full-fledged diplomatic relations between the countries were only established on January 29, 1992. Since then, bilateral relations between both countries have developed into a strategic partnership ranging across various sectors like health, agriculture, trade, science and technology, defence and homeland security.

The three bronze statues at Teen Murti Haifa Chowk represent the three lancers - Jodhpur, Hyderabad and Mysore- who were part of the 15 Imperial Service Cavalry Brigade, which carried out a victorious assault on the fortified Israeli city of Haifa on September 23, 1918, during World War I.