India Is Back In Business: Piyush Goyal 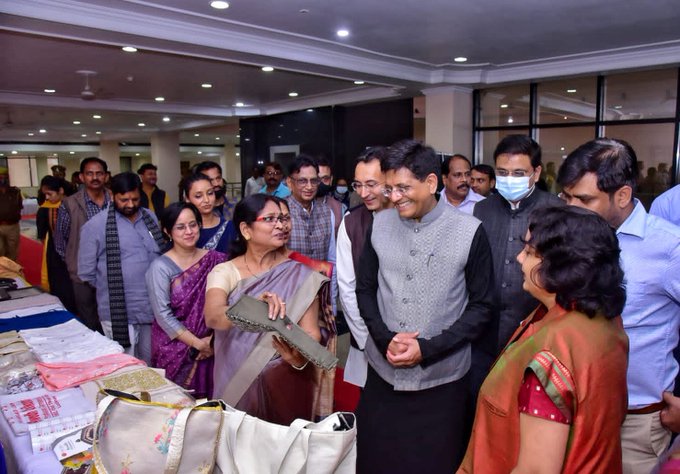 On Sunday Piyush Goyal, the commerce minister said that India’s economy is ready for a comeback after the setback due to Covid-19. Constant growth has been seen in every sphere and India is on its way to hitting a historic mark of exports of goods and services this year, said the minister at the launch of the 40th edition of the India International Trade Fair. The event will go on till November 27.

“India has been witnessing a historic high of foreign direct investments (FDI), which was the highest ever in the first four months of the current fiscal and was 62 percent higher than the FDI recorded during the same period of last year,” he said.

Goyal said India is about to achieve $400 billion of merchandise exports in the current financial year ending March.

"Also, on the services (exports) side, we are well on track to go up to $150 billion. So, collectively we are on track for historic goods and services exports," he said.

He also mentioned the implementation of the largest vaccine drive in the world by the government, which has provided more than 110 crore doses.

According to Goyal, the production of vaccines will surge up to 500 crores in the next year, along with the making of up to 6 new vaccines including the world’s first DNA vaccine and nasal vaccine.

"India will provide vaccine security and make the world a safer place. India will ensure that every part of the world gets equitable vaccine to get safe," Goyal said.

The fair, which was not held in 2020 due to the coronavirus outbreak, is being conducted after one year. This time the fair will focus on the government’s two mottos, 'Aatma Nirbhar Bharat' and 'Vocal for Local', he said.

Mentioning the development of the India Exhibition and Convention Center at Pragati Maidan, he said it is sought to be one of the best in the world attracting major attention and immense trade fairs in the upcoming years.

The GST collections for October which were at 1.3 lakh crore showed the pace at which the economy will regain normalcy. Pointing towards the EPFO or ESIC, registration of employment, the minister said that all of them reflect speedy profitable growth of the economy.

Other than that, a discussion on the proposal of free trade agreements (FTA) was also done, which included countries like the UK, Australia, and the UAE. The proposals are on the move and these deals, if made and implemented, “would help provide greater market access to domestic goods”, said the minister.

The free trading agreement will allow two trade partners to decrease or remove the tariff on the total number of goods dealt between them. It modifies and enhances the existing norms which boost the trade of services and increases investments.

When these agreements would be finalized, it would provide "greater access to our manufactured goods as there will be less or zero customs duties," the minister said at Vaishya Samaj Sammelan.

He also talked about the important role played by Uttar Pradesh in nurturing India’s exports.