India leads the presidency for G-20 after Indonesia. 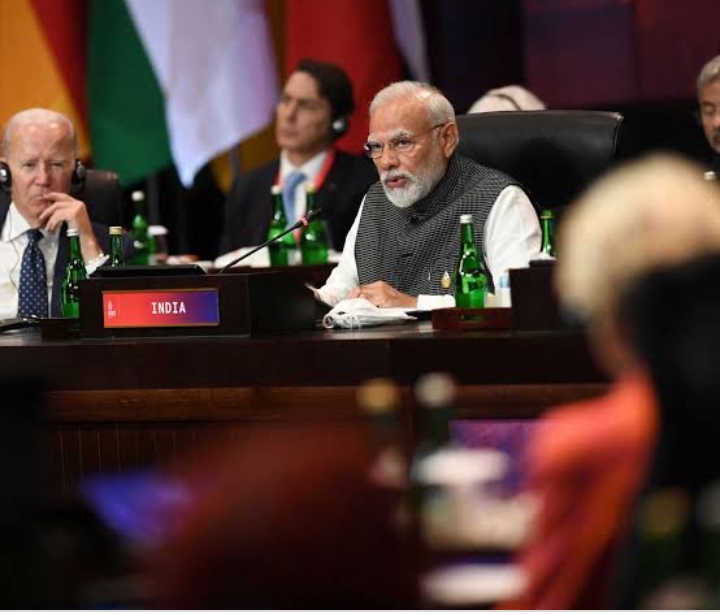 Indonesian President Jokowi passed the presidency of next year for G-20 to Indian Prime Minister Narendra Modi at the concluding session of the annual meeting. The official takeover of the presidency by India will be from 1st December.

However, the Indian Prime Minister is set to organize more bilateral meetings with the leaders that arrived in Bali for the Summit.

Mr. Modi has chosen a few focal points for the upcoming Summit, they include natural resources and environmental depletion. He explained the subject, saying “The sense of ownership over natural resources is giving rise to conflict today, and has become the main cause of the plight of the environment. For the safe future of the planet, the sense of trusteeship is the solution,”. He further seeks a collective resolve over the war in Ukraine. He provided his insight on the matter saying "The war in Ukraine, climate change and the pandemic have called for a global crisis that is adversely affecting poor people of every country". He went on to say that next year a strong conviction and message of peace will be given by all to the world. He concluded by stating "All these priorities are fully embodied in the theme of India’s G-20 Chairmanship — ‘One Earth, One Family, One Future,”.All the more, India is puffed with pride to be organizing the annual meeting of G-20 throughout its varying states and cities. Even Mr. Modi calls for a diverse and rich cultural experience for the guests upon their arrival in India.

In addition, many leaders will be interacting in person for the first time or after a long time with Modi, including Italian Prime Minister Giorgia Meloni and UK Prime Minister Rishi Sonak. At a dinner on Tuesday, Mr. Modi stood up and walked as Xi Jinping entered the banquet, and shook hands after three years, but a lengthy and cohesive discussion might follow in the next year's Summit.

Although G-20 meetings have ended countries have stayed behind and scheduled bilateral meetings like Mr. Modi and US President, Joe Biden.

Covovax Gets Nod for the Children Aged 12-17