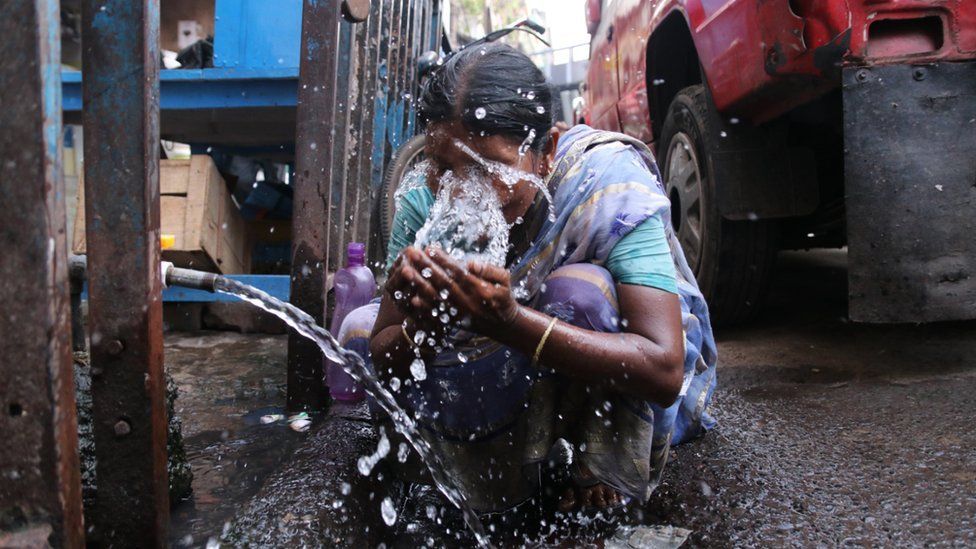 India is experiencing its "hottest summer ever," with temperatures in various sections of the country ranging near 40 and 45 degrees. For the next five days, a heatwave alert has been announced for at least 5 different states, putting people in extreme heat.

During a meeting with chief ministers on Wednesday, Prime Minister Narendra Modi said, "Temperatures are swiftly rising across the nation, and rising considerably earlier than typical." Rajasthan, Delhi, Haryana, Uttar Pradesh, and Odisha will be hit hard by the heat wave, with temperatures hovering above 45 degrees. A yellow alert has been issued for Delhi due to the worst heat wave in April within last ten years.

The hot wave is expected to last through the first week of May, when showers may provide some relief. In most sections of Delhi, the temperature climbs by 2-3 degrees, according to the IMD. Extreme heat shrivels India's wheat harvest, proving that climate change exists and now here.

There have been several power outages, and Maharashtra is experiencing a severe power crisis. In a worrying circumstance, many of the state's thermal power facilities have ran out of coal. Gujarat and Andhra Pradesh are two states in Gujarat.

Marathon power outages have impacted industrial activities in Gujarat, Andhra Pradesh, and Rajasthan. The country's rural areas, especially those in extremely arid areas, are scorching beneath the scorching sun. People have also been inconvenienced by power outages.

Schools and institutions in Odisha have indeed been closed until April 30, while the government of West Bengal has requested that summer holidays be pushed forward. Even in Jammu, temperatures have soared to 40 degrees Fahrenheit, with frequent power outages obstructing daily activity.

On the 30th of April, a dust storm is highly likely throughout Punjab, Haryana, Chandigarh, Delhi, Uttar Pradesh, and Rajasthan, while Arunachal Pradesh is expected to receive isolated heavy rainfall on the same day. Heavy rain is forecast for Assam and Meghalaya between April 30 and May 2, according to the IMD. Summers in India have traditionally been hot, with electricity rates skyrocketing from April to August. Heatwaves arrived earlier than predicted this year, causing a problem that is particularly difficult for people who work in the sun.