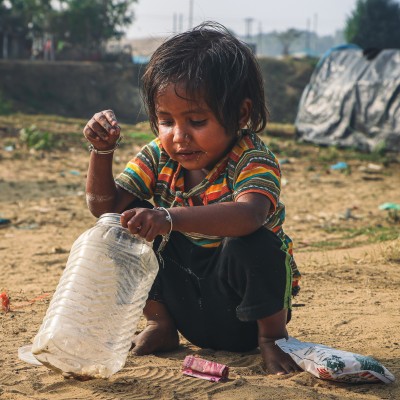 In the Global Hunger Index (GHI) for 2022, India declined from 101st to 107th place out of 121 countries, placing it behind its neighbours Pakistan, Bangladesh, and Nepal. The Global Hunger Index website, which records hunger and malnutrition, said on Saturday that seventeen nations, including China, Turkey, and Kuwait, shared the top spot with a GHI score of less than five.

The Global Hunger Index evaluates and records hunger on a global, regional, and national scale. It is released yearly by Welthungerhilfe, one of the largest private assistance organisations in Germany, and Concern Worldwide, the largest aid and humanitarian organisation in Ireland.

The level of hunger in India was described as "serious", with an aggregate score of 29.1 in the report, which was produced jointly by the German organisation Welt Hunger Hilfe and the Irish humanitarian group Concern Worldwide. India placed 101st out of 116 nations in 2021. Out of 121 nations on the list, it is now ranked 107th. A danger is considered to be "low" if the score is 9.9 or less, "alarming" if the score is 35 to 49.9, and "very alarming" if the score is greater than that. In the 2022 rankings, the majority of India's neighbors—including Bangladesh, Sri Lanka, Nepal, Myanmar, and Pakistan—performed better. With a score of less than 5, China, along with 16 other nations, has topped the list. From 38.8 in 2000 to a range of 28.2 to 29.1 between 2014 and 2022, India's GHI score has also dropped.

After India dropped below the 100th place in the study last year, the government criticised it, calling it "shocking" and "devoid of ground reality." The methodology utilised to determine the Global Hunger Index, according to the government, is not scientific.

In a statement, the government had stated "It is shocking to find that the Global Hunger Report 2021 has lowered the rank of India on the basis of FAO (UN's Food and Agriculture Organisation) estimate on proportion of undernourished population, which is found to be devoid of ground reality and facts and suffers from serious methodological issues. The publishing agencies of the Global Hunger Report, Concern Worldwide and Welt Hunger Hilfe, have not done their due diligence before releasing the report."

In addition to that, the government conveyed, “The methodology used by FAO is unscientific. They have based their assessment on the results of a 'four question' opinion poll, which was conducted telephonically by Gallup. There is no scientific methodology to measure undernourishment like the availability of food grains per capita during the period. The scientific measurement of undernourishment would require measurement of weight and height, whereas the methodology involved here is based on Gallup poll based on a pure telephonic estimate of the population.”

Furthermore, India's position is determined by its predicted PoU value of 16.3%. The estimate is based on the results of the "Food Insecurity Experience Scale (FIES)" survey module, a Gallup World Poll "opinion poll" with just "3,000 respondents" and "8 questions." For a nation the size of India, the PoU number was calculated using data from a tiny sample, which is not only incorrect and unethical but also blatantly biased. In July 2022, the issue of using such estimations based on the FIES survey module was brought up because, according to the administration, the statistics output from such data would not be based on merit.