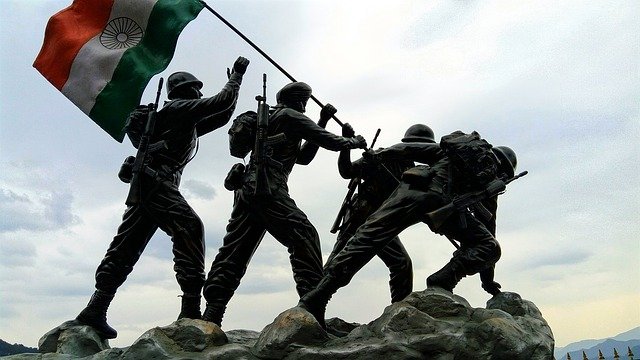 This was the day the Indian Armed Forces declared victory after driving out the intruding Pakistan regular army along with the jihadist band of soldiers from the heights in Kargil. The Kargil War was fought between May 8, 1999 to July 26, 1999 in the Kargil district of Kashmir. The cause of war was the illegal occupation by Pakistan intruders in Kargil’s Drass and Batalik sectors of Ladakh region. The Pakistani army decided to occupy Kargil posts numbering around 130 and thus control the area.

Initially these incursions were not spotted due to heavy artillery fire by Pakistan across the Line of Control; this provided cover to the infiltrators. Pakistan allowed its army to cross the Line of Control in Mushkoh-Drass-Kargil-Batalik sectors with the objective to capture the logistics line to the Southern Siachen Glacier and occupy the Ladakh Sector. The total area seized was between 130 km to 200 km.

The Indian army lost more than 500 soldiers in the Kargil War. The infiltrators, apart from being equipped with small arms and grenade launchers, were also armed with mortars, artillery and anti-aircraft guns. Indian soldiers launched a valiant attack of the areas surrounded and defended zones. The military initiative was named “Operation Vijay”. The war was one of the examples of high-altitude warfare in mountainous terrain.

It was on this very day July 26, 1999 that India successfully won the Kargil War and took back control all of the higher outposts. Today India commemorates 22 years of its victory. All the top officials of Indian army to pay tribute to the jawans who lost their lives to protect the borders of the country. The whole memorial has been made in front of those peaks which were captured by the enemy forces. India is indebted to its braves who fought the Kargil war and laid down their lives.

Defense minister, Rajnath Singh along with three service chiefs, paid tribute to the Kargil war heroes. At an event organized today by ‘Jammu Kashmir’s Peoples Forum’ the defense minister felicitated families of martyred. He emphasized the Center's efforts to create a self-reliant defense ecosystem, saying that a self-reliant India is well-equipped to respond appropriately to anyone who casts an unfavorable eye. Singh said, "The Kargil war underlined the dire need to achieve jointness and self-reliance in the defense sector, India has worked hard to develop these traits in order to be ready for upcoming challenges”, while speaking at a celebration honouring Kargil Vijay Diwas

"The Kashmir Files" -Day-1 of the film