On December 6, Russian President Vladimir Putin arrived in India for the annual Indo-Russian meeting at the Hyderabad House in New Delhi. This is Putin's first face-to-face meeting with the Indian Prime Minister Narendra Modi since November 2019. Putin had skipped both the G20 and the COP 26 summits. For this summit, Mr. Putin is set to spend 5 hours in India, meeting with Prime Minister Narendra Modi. This is viewed as a sign of both parties' importance for this meeting. Bilateral connectivity agreements, shipping, military technological operations, conventional submarines, and, most crucially, the changing security situation in Afghanistan are all expected to be on the agenda for this summit.

Today's summit between India and Russia focused on the emergence of multipolarity and rebalancing. The countries claim to examine the consequences of globalization that is overly centralized. Terrorism and violent extremism are long-standing challenges, but there are newer ones as well, said S. Jaishankar during the 2+2 inter-ministerial meeting. Russia has long expressed alarm about the security situation in Afghanistan, believing that the region's terrorism could have a domino effect on Moscow. As a result, the Afghanistan issue, along with Marine security and safety, is a common concern that both nations share. In response to India's recent purchase of S-400 air defence systems, Russian Foreign Minister Sergey Lavrov stated that India has asserted its autonomy in selecting its military partners without fear of interference from a third party.

Key discussions at the Summit: The Indian Prime Minister greeted his Russian counterpart at the latter’s arrival at the Hyderabad House in New Delhi. While praising Mr. Putin's visit to India, Modi stated that the two nations' relations are a "really unique and reliable model of interstate friendship." Russia, on the other hand, acknowledged its long-standing friendship with India. Russia regards India as a big power, and their military relations are unrivalled. Bilateral trade between the two nations has increased by 38% as the two countries collaborate on other areas such as energy and space.

Inputs from the MEA’s media briefing by HV Shringla: The meeting was short but highly productive accompanied by excellent discussions. PM Modi expressed gratitude to President Putin for looking after the Indian community in Russia, particularly during the Covid outbreak. Both the leaders spoke about the importance of mutual acceptance of vaccine certification to make it easier for our citizens to travel to each other's countries. 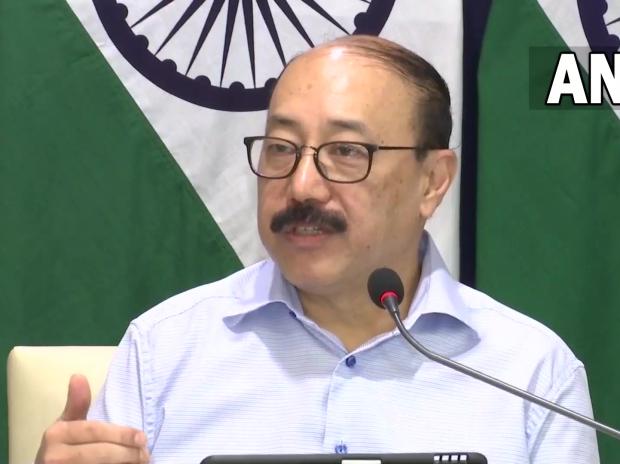 There are certain specific initiatives on the trade and investment front, such as long-term collaborations in inland waterways, fertilizers, coking coals, steel, and skilled labour. Coking coals have formed a crucial aspect of the company's operations. India's Foreign Secretary expressed interest in working with Russia on additional oil and gas projects.

There is a lot of agreement on dealing with cross-border terrorism and terror organizations like the LeT.

The countries have signed a program of operation in the field of defence for the next ten years, 2021 to 2031.

The joint statement was issued titled India-Russia Partnership for Peace, Progress, and Prosperity. It captures the present state and the future potential of our relationship with Russia. During this visit, 28 agreements/MOUs were signed, indicating the multifaceted character of the relationship between the two countries.