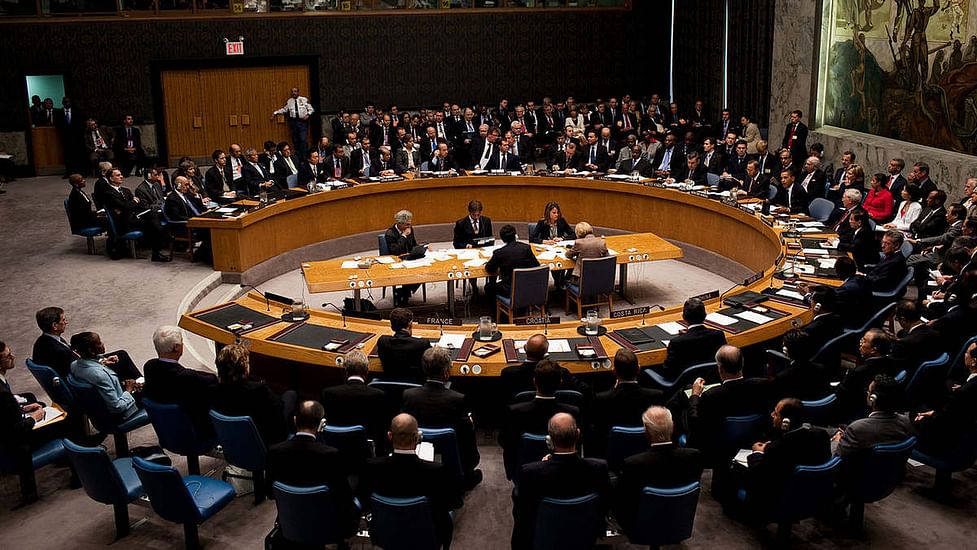 India broke its silence on the ongoing Russia-Ukraine Crisis in a statement on 28 Jan where it called for a “peaceful resolution” of the situation through “sustained diplomatic efforts for long-term peace and stability” in the region and beyond.

Responding to questions in a weekly briefing, the Ministry of External Affairs official spokesperson, Arindam Bagchi, articulated India's stand said that India had been closely following the developments relating to Ukraine as well as the ongoing high-level discussions between Russia and the US. He also said that the Indian embassy in Kyiv is also monitoring local developments.

New Delhi is also concerned with the small Indian community in Ukraine, comprising mostly students in medical colleges. The Embassy in Kyiv has started collecting information on the students as part of preparations for any hostilities. According to the government, an estimated 18,000 Indian students were studying in Ukraine in 2020. But the numbers may have been reduced due to the pandemic and online classes. On 1 Feb, India’s permanent representative to the United Nations (UN), TS Tirumurti in a statement articulating India's stance at the UNSC called for an immediate de-escalation of tensions. India appealed for quiet and constructive diplomacy, supporting ongoing diplomatic talks between the various stakeholders involved (US, European countries, Ukraine and Russia) under various formats. India welcomed the unconditional observance of the July 2020 ceasefire and reaffirmation of the Minsk Agreement under the ongoing Normandy Format of talks. India also called for the implementation of existing agreements and prioritized the safety of over 20,000 Indians in Ukraine. He also said that any steps that would further increase tension must be best avoided by all sides in the larger interest of securing international peace and security. India abstained from the Security Council Vote along with Kenya and Gabon. This move of abstention is being widely read as an attempt to balance ties with Moscow and Washington, both of whom India considers its key strategic partners.

The vote was to discuss the situation in Eastern Europe, where Moscow accuses NATO of attempting to expand its membership threatening Russian security, and the U.S. and other NATO countries accuse Russia of massing troops to invade Ukraine destabilizing the region. Russia lost the vote where it was supported only by China. The abstention and the emphasis of the Indian envoy to the U.N. on the “legitimate security interests of all countries” are being seen as a repeat of 2014. When in the aftermath of Russia’s military action on Crimea, India had abstained from a resolution backed by Ukraine, the U.S., and the E.U. It criticized Russia’s actions in a vote at the General Assembly in March of 2014. The then-National Security Adviser Shivshankar Menon had called for a diplomatic resolution and said that there were “legitimate Russian and other interests involved” in Crimea. Russian President expressed his gratitude to then Indian Prime Minister Manmohan Singh and thanked India for taking a “restrained and objective” stand.