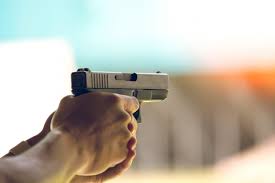 An Indiana law allows citizens the right to use deadly force to protect themselves from police officers illegally entering their homes and cars. Police are worried that the law will give people the impression that it is okay to shoot officers.

The law stated that citizens are allowed to use deadly force against a police officer in the case of an unlawful intrusion by a public servant. The law is an addition to the 2006 Castle Doctrine Bill that allows citizens to do whatever is needed to stop someone from illegally entering their home or car.

Before the passing of the bill, citizens had no legal jurisdiction to resist police officers. Regardless of whether officers were entering private property without permission. The state of Indiana hoped that the law will help people to protect themselves if a police officer is illegally using forced entry.

Indiana police lobbied against the bill because Indiana is not plagued with rogue police officers. Sergeant Joseph Hubbard said: “Somebody is going to get away with killing a cop because of this law.”

William Owensby, president of the Indianapolis chapter of the Fraternal Order of Police said: “For those who don’t take the time to read the law, it is going to be devastating for someone to think they have a right to resist if they only think an officer is acting illegally.”

Indiana is the first state to put a bill of this magnitude into action. Interestingly enough, the law was heavily supported by the National Rifle Association.

The law was signed in March 2012 by previous Indiana Governor Mitch Daniels but is only now gaining national attention. Although the bill has been in place for 10 years, Indiana police officers are still pushing for the law to be removed.