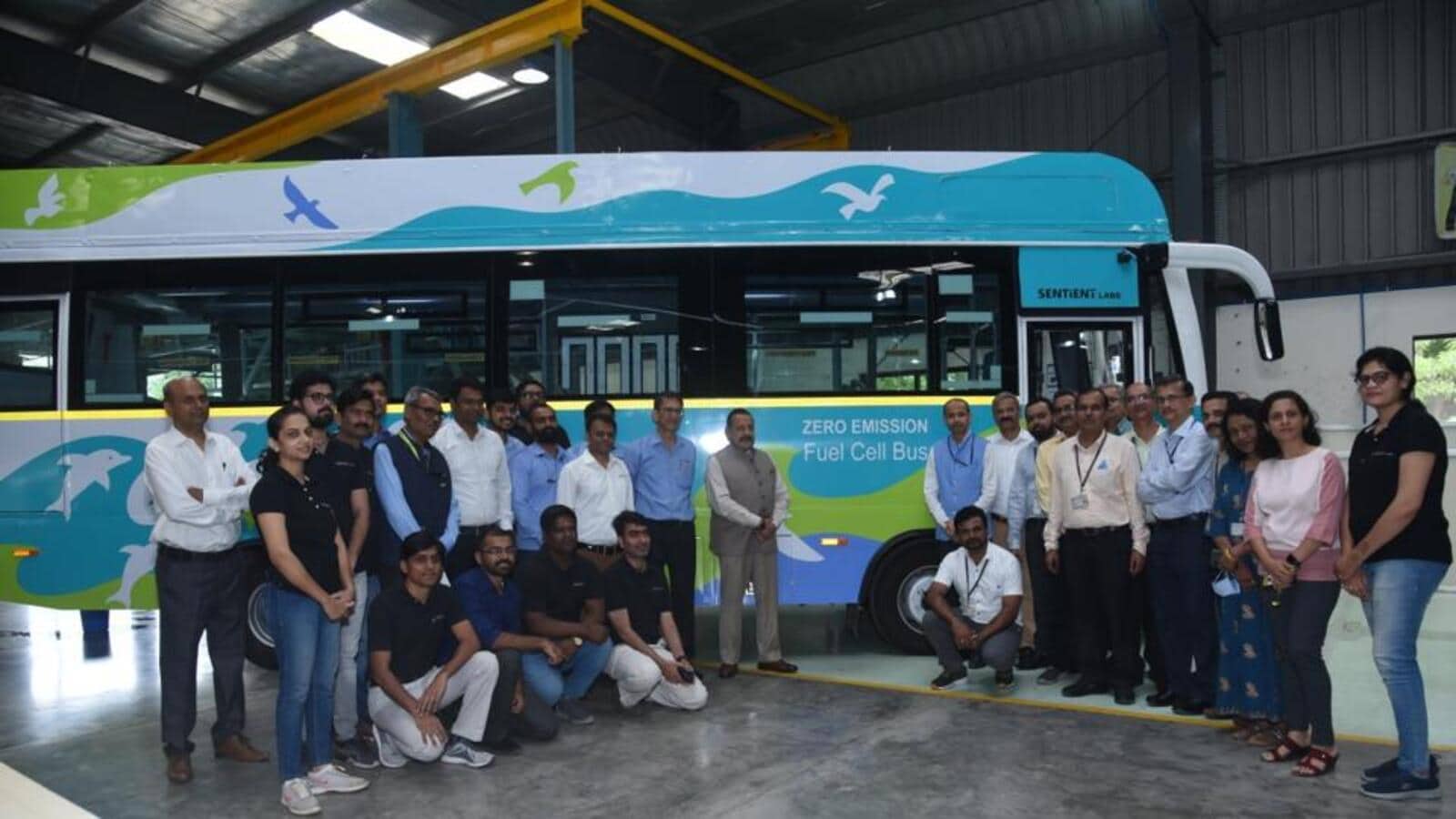 He said that if a diesel bus is compared to a hydrogen bus, it typically emits 100 tons of co2 per annum on long-distance routes, and there are millions of buses across the country. Also, a hydrogen fuel cell truck's operational cost is competitively lower than diesel buses which could bring about revolutionary changes across the nation. “Green hydrogen is an excellent clean energy vector that enables deep decarbonisation of difficult-to-abate emissions from the refining industry, fertiliser industry, steel industry, cement industry and also from the heavy commercial transportation sector," said Dr. Jitendra Singh.

What is a hydrogen fuel cell, and how does it work?

The hydrogen fuel cell uses hydrogen and air to generate electricity, producing only heat and water as tailpipe emissions. The reaction occurs across an electrochemical cell similar to a conventional battery cell, causing energy engines used to propel the vehicle forward. Fuel cells work similarly to conventional batteries found in electric vehicles, but they do not run out of charge as they don't need to be recharged regularly with electricity. The function is as long as there is a hydrogen supply.

The primary advantage of hydrogen fuel cell electric vehicles (FCEV) is that they produce zero tailpipe emissions and only emit water vapour and warm air. Another advantage is that they are more efficient than internal combustion engine vehicles since the refuelling time makes them more practical than battery-powered electric vehicles for public transportation purposes. The hydrogen fuel-powered vehicle can be refilled in a few minutes, nearly as fast as fossil fuel can fill an internal combustion engine. Even with the fastest charging technologies, charging a battery-powered electric bus could take hours.