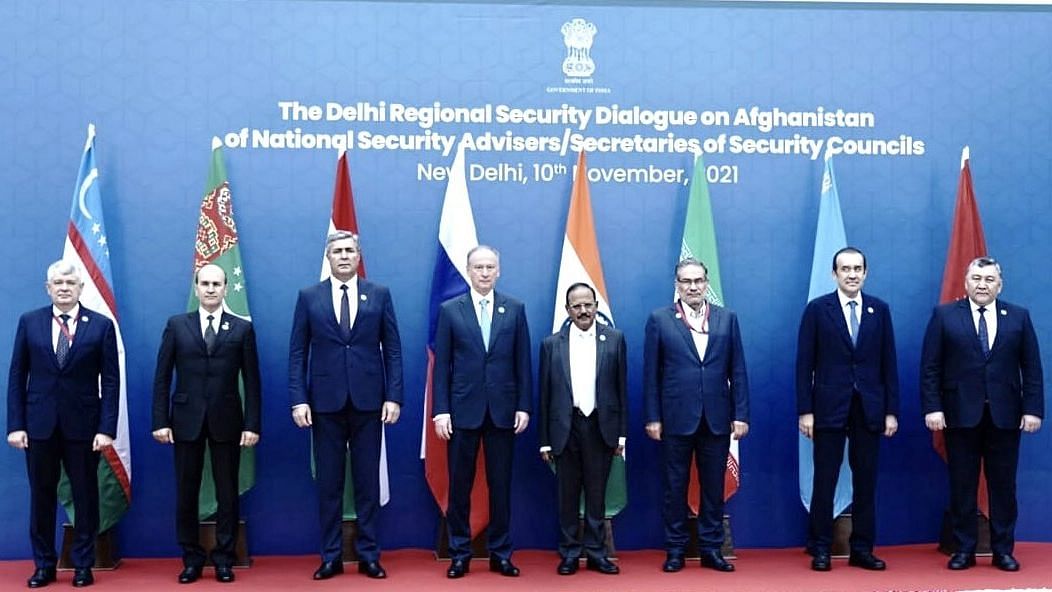 On Wednesday, November 10, 2021, India is hosting an NSA-level summit in Afghanistan. This provincial symposium got hosted to talk about the current situation in Afghanistan.

In August 2021, the Taliban took over the democratically elected government in Afghanistan in a military offensive after the United States and its Nato allies withdrew their troops from the country. This situation has led to a humanitarian crisis in Afghanistan.

All International aid to the country has stopped and, it is on the verge of a significant economic breakdown. Taliban government has also not been officially recognized by any country yet. Facing a threat from the Islamic State, the country has had growth in the intensity of attacks in the past few months.

India had sent conventional overtures to the country's National Security Advisors (NSAs) for this summit. These countries include Russia, China, Iran, Pakistan, Tajikistan, and Uzbekistan. Not a delegation from Afghanistan was enticed. Moreover, China and Pakistan had denied the invitation and refused to attend the summit.

Earlier, two regional meetings took place to discuss the Afghan situation. These meetings took place in Iran in September 2018 and December 2019. This summit, organized by India, has brought together the Central Asian countries on this issue. Afghanistan's immediate neighbors – Tajikistan, Uzbekistan, and Turkmenistan, are participating in the summit along with Kazakhstan and the Kyrgyz Republic. This meeting is supposed to be India's effort to remain relevant in addressing the repercussions of the situations in Afghanistan.

The crises, likely to dominate this discussion, were supposed to be:

·       The immediate response to the humanitarian crisis in Afghanistan.

The conference is assigned to enhance and ensure India's effort in ensuring peace and security in the country and its commitment to address the humanitarian crisis faced by the citizens of Afghanistan.

Since the Taliban took over Afghanistan, India has been verbal about being cautious in giving any distinction to the setup formally. It has also been urging the global community to make sure that they fulfill their commitments that the country and its resources will not cater to the terrorist groups, especially Pakistan-based organizations scilicet Lashkar-e-Taiba and Jaish-e-Mohammed.

The threats to further worsen the humanitarian situation will increase with the impending winter conditions. India will now look forward to finding ways to assist the Afghan people. After the conference, India will also host the United States special representative for Afghanistan. India had also offered aid to the Taliban in a meeting in Moscow. Taliban representatives later commented that they are open to accepting comfort from India and returning the Indian diplomats to Afghanistan as well.

India is making efforts to help the situation as much as possible. The conference should make a positive impact and pronounce the stand of India as well as, other participating countries.