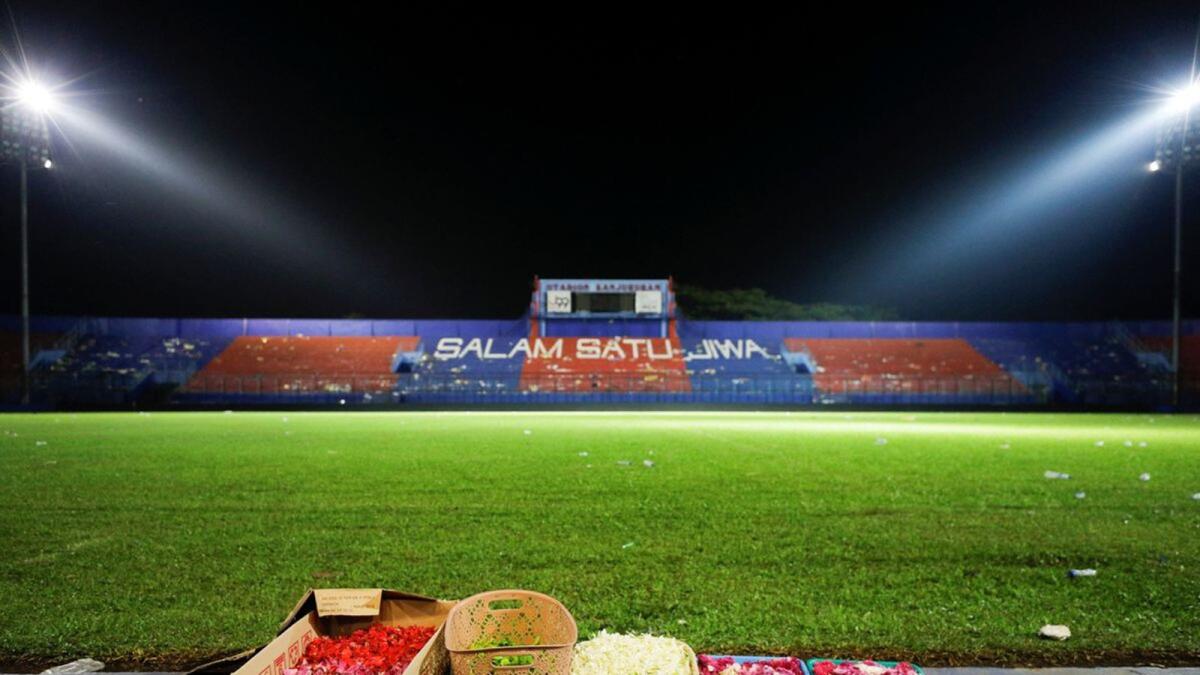 On Tuesday, Indonesian President Joko Widodo vowed to demolish and rebuild the soccer stadium where a stampede killed over 130 fans this month. Speaking with reporters after meeting Gianni Infantino, head of the world soccer governing body FIFA, the President promised to “thoroughly transform” football in Indonesia.

During the meeting, President Widodo and Infantino discussed measures to ensure the safety of the fans and players. “We have agreed to transform Indonesian soccer rigorously. Every aspect of preparation needs to be executed according to the standards of FIFA, including the Kanjuruhan stadium in Malang, which will be demolished and rebuilt on par with international benchmarks.”

The meeting was held after Indonesia and FIFA agreed to join forces in the wake of the stadium tragedy and as the nation prepares to host the Under-20 World Cup in 2023. Infantino, who gifted the President a red jersey with his name printed on it, promised to undertake all necessary precautions to ensure safety within the stadiums and that the Under-20 World Cup runs smoothly.

“This is the nation of football, a nation where football is a passion for over 100 million citizens. So, we owe it to the people that they are safe and secure when they see a match,” told Infantino to reporters in Jakarta. Moreover, he added, “I can guarantee to the president and the people of Indonesia that FIFA is with you.”

One of the Deadliest Stadium Disasters

The government formed a research team to understand what caused the stadium stampede in Indonesia. This week, the investigators released a report which concluded that “excessive” and “indiscriminate” usage of tear gas led to the death of hundreds. “What triggered the fall for many victims was the tear gas, especially those launched at the stands,” said Choirul Anam, a TNI-AD officer.

Other contributing factors included asphyxiation, a packed stadium, locked exit doors, and conducting the match at night despite a request from police to hold it during the day. The team also urged the head of the Indonesian Football Association, Mochamad Iriawan, to resign.

The stampede on October 1st killed 133 citizens, with over 40 being minors.

The Bribery Game: Did Qatar Purchase Fans For The 2022 World Cup?