Inflation up to a Worrying Percentage 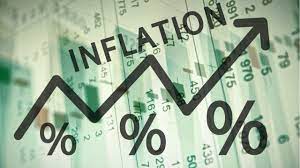 Eurostat has recently released data on the inflation trend in the Eurozone for May. Inflation reached 8.1%, representing the highest percentage since the monetary union was applied. The war in Ukraine triggered this situation. Uncertainty about the supply of energy has led to a sharp rise in the prices of goods. For example, in Italy, we can see how regulated energy goods (electricity and gas) have increased by about 40%, while non-regulated ones (petrol) by as much as 60%. But if Italy is a particular case, it is equally valid that all Eurozone countries have been affected by these increases.

The main problem, however, lies in a non-proportional increase in wages. Economic crises occur when an increase in inflation does not correspond to the rise in wages. Logically, people have less purchasing power, and the devaluation of the currency profoundly affects the daily choices of individuals. In this framework, the nightmare of economists appears in the distance, namely stagflation, that is, a mix between recession and high inflation.

But what is even more worrying is Germany. In economic terms, Europe is a historical driving force of Europe in a financial situation complicated by the war in Ukraine and the Covid-19 pandemic. The increase in raw materials prices and the interruption of supplies caused a “bug” in the economic chain led by Germany. A similar trend was traced only in the 1973-1974 two-year period. Back then, the reasons lay in the aftermath of the Yon Kippur War, with its oil shock and price spike.

The biggest question for the ECB and the Fed is how to stop inflation without holding back growth and development. The interest rate policy is obviously at the centre of the debates regarding the actions to be taken. But this situation arises from errors of underestimation by the banks. Fed and ECB chiefs Jay Powell and Christine Lagarde dubbed themselves “the transitional team.” Their concept focused on the fact that inflation was a passing historical conjuncture due to increased energy prices and the stalling of the pandemic. But the rise in prices continued and inflation proportionally too.

The European stock market has also faltered, discouraging investors, and keeping the European people on their toes. Likewise, the NASDAQ did not record optimal estimates, forcing Powell to hike rates and stop buying bonds in the markets. The future of the European and American economies will significantly depend on how long Moscow and Kyiv continue their tug-of-war. The sanctions imposed on Putin have also had consequences on our markets. What is certain is that Lagarde’s and Powell’s forecasts have been controversial, and companies and taxpayers are paying for the results. In the short term, the ECB could likely raise rates like Washington, a risky move given the slow economic growth of the Eurozone. The summer months will be focal points for understanding what the exit strategy will be for this tragedy.