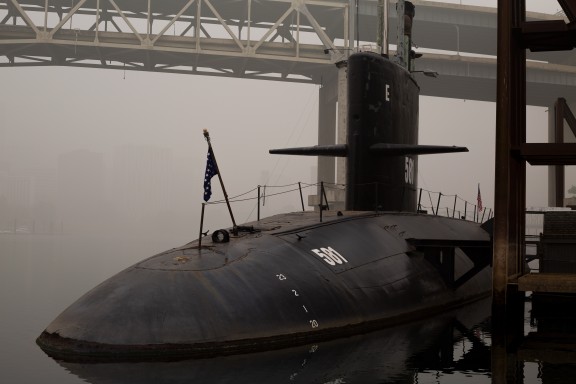 A submarine-launched ballistic missile was successfully tested by India's nuclear submarine, INS Arihant (SLBM) on Friday. The defence ministry conveyed that, the missile hit the target region in the Bay of Bengal with "very high accuracy" after being tested to a specified range.

In a statement, the ministry stated “INS Arihant carried out a successful launch of a Submarine Launched Ballistic Missile (SLBM) on October 14. The missile was tested to a predetermined range and impacted the target area in the Bay of Bengal with very high accuracy.” The officials mentioned, “All operational and technological parameters of the weapon system have been validated.”

“A robust, survivable and assured retaliatory capability is in keeping with India’s policy to have ‘credible minimum deterrence’ that underpins its ‘No First Use’ commitment,” the statement read.

Besides, India has taken the lead in advocating for global nuclear disarmament and the total abolition of atomic weapons. The SSBN (submarine-launched ballistic missile) development in India is a closely guarded secret. The SSBN project's initial boat, the INS Arihant, was supposedly followed by the INS Arighat.

Furthermore, After the US, Russia, the UK, France, and China, India is the sixth nation in the world to deploy nuclear-powered submarines equipped with ballistic missiles. India's first nuclear submarine built at home is called INS Arihant. It was introduced by former prime minister Manmohan Singh's wife Gursharan Kaur on July 9, 2009, the day of the Kargil War Victory. India now employs three home-built ballistic missile submarines and has created the K-15 and K-4, two submarine-launched surface-to-surface missiles. The latter is a nuclear deterrent against China with a 3,500 km range.

After INS Arihant completed its maiden deterrence patrol in November 2019, India formally declared its nuclear triad, as specified in its nuclear policy, operational. This means that Arihant has started prowling the deep waters with ballistic missiles carrying nuclear warheads.

Previously in 2020, the submarine did not significantly improve India's second-strike capabilities, even though it was thought to be a significant milestone in the country's nuclear capability. Regarding its capabilities, capacity, and efficacy when a crucial component of the nuclear triad was present, there were still several unresolved questions.

In years gone by, the INS Arihant's 83-megawatt nuclear power plant had a restricted output and a brief refuelling cycle, which affected the submarine's speed and range, and the nation held high hopes to improve these capabilities by introducing more submerged platforms into its deterrence patrol strategy by adding the INS Arighat to the Arihant class which recently altered.

However, the Prithvi short-range ballistic missiles, fighter jets, and the Agni line of missiles make up India's delivery system for nuclear weapons. Along with completing its nuclear triad and operationalizing its second-strike capabilities, India has also begun deterrent patrols with its ballistic missile submarine, INS Arihant.