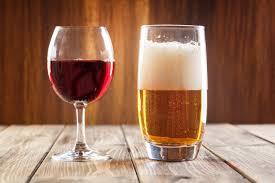 The No 10 Downing Street staff allegedly were gathered in crowds and sitting on each other's laps during the UK’s second lockdown.

According to the BBC, Panorama insiders gave a detailed account of what happened during the events when the nation was in lockdown. On the same day, those breaking lockdown rules were fined, there were leftover bottles evidently from an ‘event’ the evening prior.

Insiders described scenes of dozens of staff within proximity of one another, taking place into the early hours where some didn’t return home and stayed the night at No 10.

The BBC’s insider accounts said the staff was allegedly mocking anybody who tried to stop the shenanigans.

Recently, the Metropolitan Police concluded its own investigation into rule-breaking, after issuing 126 fines; this includes one for Boris Johnson himself for his attendance of a birthday party during the first lockdown in June 2020. Plus, there are photos that ITV News have obtained that allegedly show the prime minister raising a toast at communications chief Lee Cains leaving drinks on November 13, 2020.

An insider quoted to the BBC: “there were about 30 people, if not more, in a room. Everyone stood shoulder to shoulder.” The BBC described how the lockdown rules no longer applied behind the doors at No 10. Some of the members of the attendees were fined for breaking the law accordingly.

The BBC explained how events were routine, despite the lockdown for the COVID-19 pandemic. Sources have said that ‘Wine-Time Friday' occurred on Fridays at 4 pm. Sources say Friday drinks had been a tradition in Whitehall for some time.

According to the BBC: “Nearly six months since the allegations about the parties first emerged, it is still almost impossible to believe that socializing was taking place on a regular basis in the buildings where the rules that stopped the rest of the country doing so had been set.”

Are eating disorders on the rise with new UK government regulations?