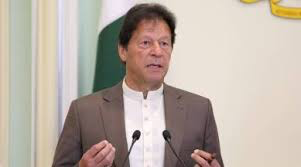 Recently Pakistan's Prime Minister Imran Khan faced a no-confidence motion in the Parliament of Pakistan. Despite Imran khan having no intention to deal with the opposition, he compared himself with Pervez Musharraf in running the country as both of them have similar intentions about the welfare of Pakistan.

Imran Khan addressed a rally of supporters on Sunday and claimed that he won’t deal with opposition at any cost. He was firm with his decision and decided not to back off from his "pure intentions" about Pakistan's development. He assured people by deducing that every developing nation has to struggle as they tackle the crime and corruption in the system. The opposition has held Imran Khan responsible for the political as well as the economic crisis during his tenure.

Imran Khan is enjoying huge support from the public in Pakistan as people travelled from far to attend his rally. The rally was organized with the sole purpose to make the public aware of the welfare policies of the government. He clearly defended the government and called the opposition leaders as Crooked leaders.