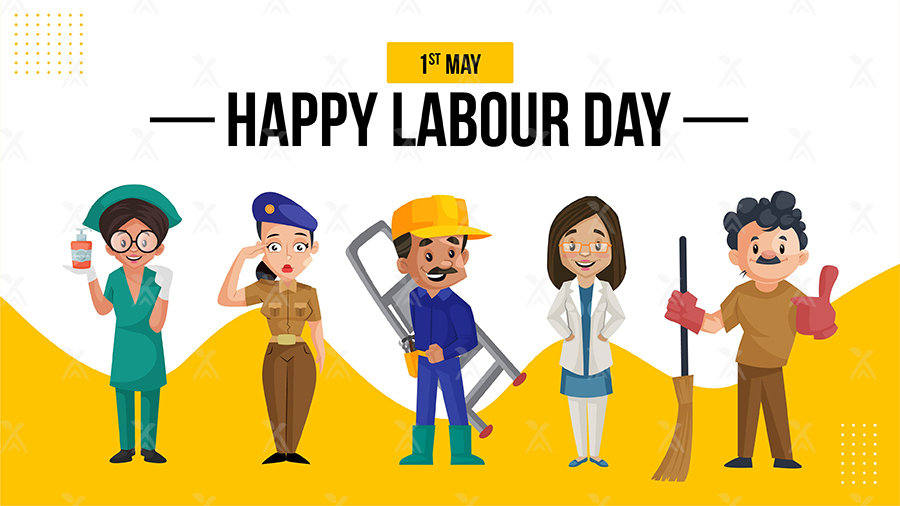 International Labour Day, also addressed as International Workers’ Day and May Day, is celebrated worldwide on May 1 each year. The significance of such a day is to commemorate the contributions and hard work of the workers, labourers, and employees who work in several industries. In addition to this, the day empowers the working classes to be aware of the political and social rights and how they must be exercised.

In communist countries like China, North Korea, Vietnam, Cuba, and Laos, ‘Labour Day’ is a mandatory public holiday. The celebrations include military parades, demonstrations, and carrying out processions to acknowledge the hard work of the working force and educate them effectively so that they are prevented from getting exploited by the higher authority.

In India, ‘May Day is not observed as a national holiday. It is upon the discretion of the various State Governments if they want to declare the day as a public holiday. However, some states that observe a holiday on May 1 include Karnataka, Tamil Nadu, West Bengal, Bihar, Assam, Odisha, Andhra Pradesh, and Punjab.

The history behind International Workers’ Day can be traced back to 1884, when the American Federation of Organized Trades and Labour Unions announced a general strike, demanding an eight-hour workday instead of a sixteen-hour workday in the United States America. Containing the crowd from violence, the police started mass firing, which ultimately led to the loss of lives of several workers involved in the protest.

The movement gained rapid momentum overseas too, and massive riots erupted globally. However, it was only until 1916 when the United States government officials agreed to have an eight-hour working duration for workers.

In India, the first Labour Day was celebrated on May 1, 1923, in Chennai (former Madras), and the Labour Kisan Party of Hindustan organized the celebrations. A resolution was passed declaring the day to be an annual holiday. The objective of ‘May Day is to acknowledge the efforts of the working class in society and educate them about the labour laws, rights, regulations, and work opportunities granted to them.

Processions and campaigns are carried out to raise awareness of how the labourers often get exploited. Such messages are conveyed to the mass audience through news channels, newspapers, and pamphlets.