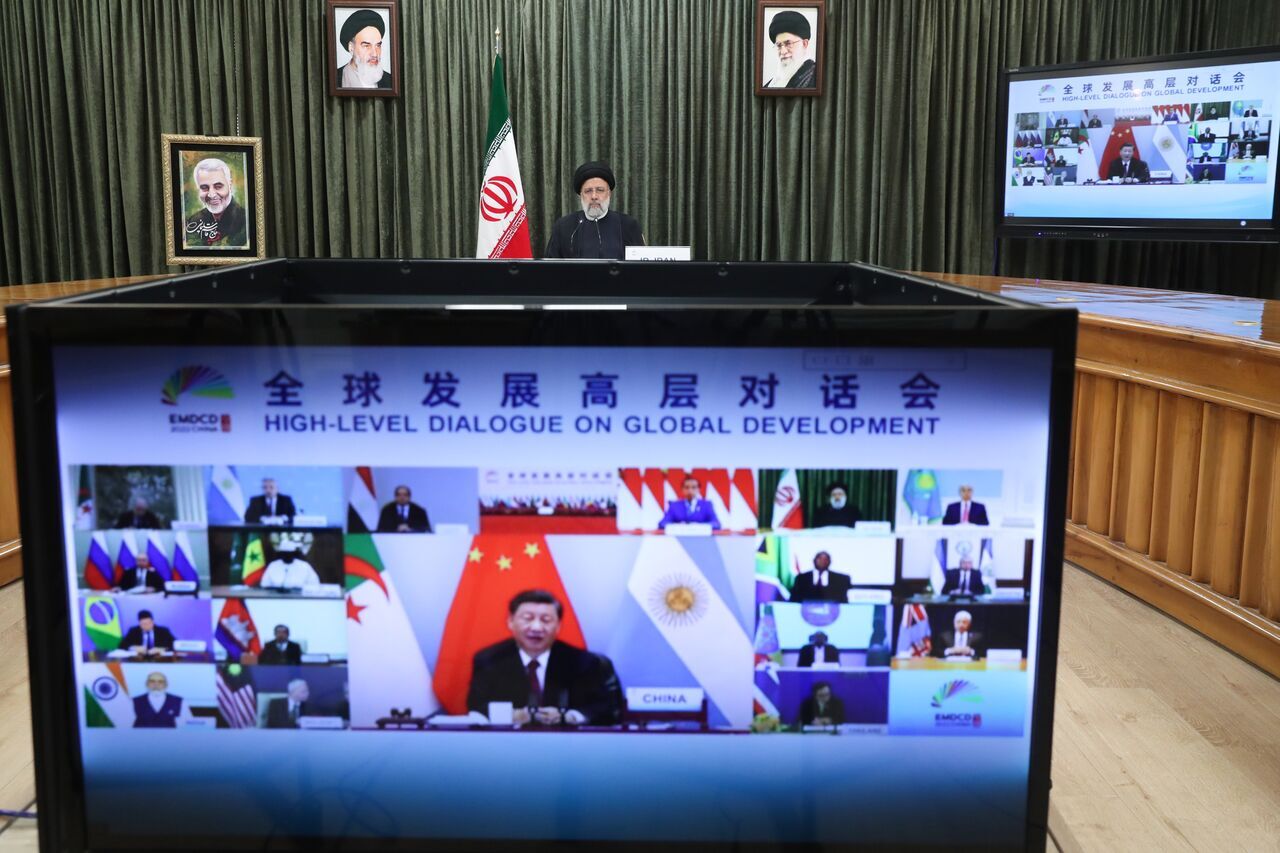 As reported by Tass, the Iranian Foreign Ministry spokesman Saeed Khatibzadeh said on Monday that "The Foreign Minister of Iran announced that the application has been filed, and, in this regard, the Chinese leader invited President of Iran Ebrahim Raisi to take part [in the BRICS Summit], where he delivered a speech".

Likewise, Argentina has recently expressed the desire to join the association. The accession of both Iran and Argentina would open new windows of opportunities for Russia.

Accordingly, the Kremlin has been seeking to expand the group to favour more contacts with South America and the Middle East. This became even more imperative after the beginning of the war in Ukraine and the subsequent European sanctions.

The Russian Foreign Ministry Spokeswoman Maria Zakharova was very clear about this in her Telegram message, “While the White House was thinking about what else to turn off in the world, ban or spoil, Argentina and Iran applied to join the BRICS”.

According to a statement sent by the Iranian Embassy to the Global Times, Iran praised the BRICS countries as they actively and positively support multilateralism and unity among the emerging countries.

Tehran is, therefore, ready to join and offer its resources and support in several sectors. Among others, these will be energy, human resources, and scientific research.

The country has already participated in the last BRICS summit that took place on June 24th in Beijing. Along with Iran, Algeria, Argentina, Egypt, Indonesia, Kazakhstan, Senegal, and Uzbekistan also attended the event.

The Chinese President, Xi Jinping, stressed the importance of placing development at the centre. This is even more important in a period where other actors build "a small yard with high fences," referring to the recent European sanctions.

The Chinese leader also said, in his inaugural speech, that right now the priority must be given to the 2030 Agenda for Sustainable Development.

Sanctions, as well as the cold war and power politics mentality, are counterproductive for the countries issuing them as they will isolate them even more from the common global project. Sanctions favour division and not inclusion.

Accordingly, the statement released by Hua Chunying, a spokesperson for the Chinese Foreign Ministry, said that "Foster High-quality BRICS Partnership, Usher in a New Era for Global Development."

Since its inception in September 2006, BRICS has been promoting social, political, economic, and cultural integration among the emerging economies.

The organization relies mainly upon two financial institutions, the New Development Bank (NDB), at times referred to as the BRICS Development Bank, and the Contingent Reserve Arrangement (CRA).

The New Development Bank, whose creation was announced in 2014, represents the BRICS backbone.

This collective lending platform, controlled exclusively by the BRICS members, is focused mainly on infrastructure development. It is based on an authorized capital of $100 billion and has a lending capacity of $34 billion per year.

The admission of new members like Iran, with its considerable sources and wealth plagued by Western sanctions, will be undoubtedly a good asset for the organization.

China factory fire leaves 38 dead and two injured. The accident broke out in the Wenfeng district, named the "high-tech zone."