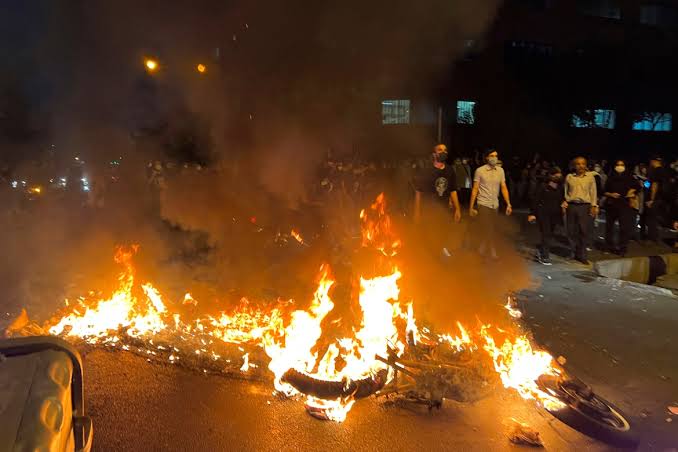 People took to the streets on Monday in Iran over the unfortunate death of Mahsa Amini, whom the police had arrested, acting as 'morality police,' over enforcing a strict dress code.

Mahsa Amini, 22, was announced dead on Friday by Tehran's morality police during their capital visit. But what is the ‘morality police? The Gasht-e Ershad (Persian for Guidance Patrol) is the principal agency tasked with enforcing Iran's Islamic code of conduct in public. They are ensuring the observance of the hijab, mandatory for women to cover their head and hair, and other reforms. Basij, a hardline paramilitary unit including men, has been drawing lots of personnel for the Gasht-e Ershad. The morality police also encourage the discontinuation of women applying cosmetics and brightly colored clothes and exposing their knees, though men having ‘Western’ haircuts is a potential scare.

Headscarves are made compulsory for women in Iran; enforcing the strict dress code began only after the Islamic Revolution in 1979. Per the law, Amini was a lawbreaker and brutally taken into force. As the BBC reports, Amini was brought into custody outside the metro station, and witnesses saw Amini beaten inside a police van and taken to the detention center. However, the news of Amini passing away seemed absurd to the masses of Iran and resulted in mass protests. Women on roads claimed to take their country back from the stringent laws and make theland their own.

Protests are being contested in various parts of the country. On many platforms, ‘#Mahsa_Amini’ is a trending hashtag in Iran and other countries; women are lighting their hijabs on fire and cutting their hair as a form of dissent against the police. The protesters were met with an unfortunately fired gunshot from the security forces; the dissenters were chased with water cannons and were beaten with batons, reported by Iranian Journalists.

But is this the only revolt against the strict regime after the Islamic Revolutionaries? As I write it down, it reminds me of Marjane Satrapi's graphic novel Persepolis; the book highlights the overturning of a progressive Iran to archaic and patriarchal ideologies were abiding by the veil became mandatory. Satrapi, in multiple panels, writes how her identity was stolen by taking away an individual choice—perhaps claiming hijab as ‘it was a question of survival.’

The current issue of the dissent by the protesters is majoring over the problems of their rights, the state's intervention on personal choices, and the bottling of the mere frustration of the masses on the passing of Amini. Amnesty International remarks that the government has not taken any measures against the violence against women and girls in the private sphere, and the state is still the same during and after Satrapi's time.