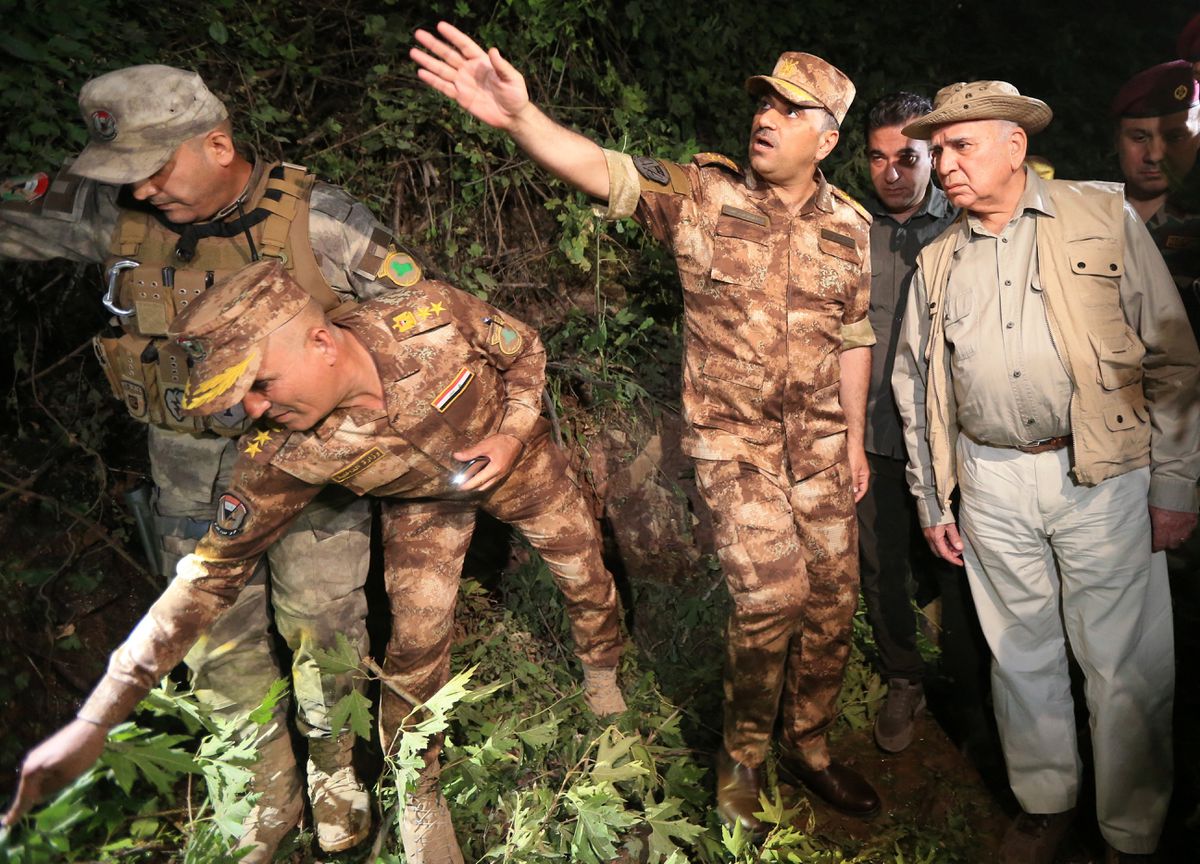 Eight tourists were killed and 23 injured in an attack on a mountain resort in Dohuk province, Iraq, on Wednesday.

The diplomatic dispute between Turkey and Iraq escalated after an artillery attack on a park in Dohuk, Kurdistan.
This attack targeted one of the tourist centers of Dohuk province in the Kurdistan region.
According to Kurdistan regional media, the tourists who were killed in this attack had traveled to Dohuk from the central and southern provinces of Iraq.
Iraqi Prime Minister Mustafa Kazemi accused Turkey of clearly violating the sovereignty of Iraq and endangering the security of the citizens of this country.
He criticized Ankara for not paying attention to Iraq's constant demand to stop military attacks on its territory.
But Turkey says that Kurdish forces belonging to the PKK group were responsible for this attack. A group that Turkey considers a terrorist organization.
Local authorities hold Turkish forces responsible for this attack, and Iraq has recalled its ambassador from Turkey.
Turkey says members of the PKK are responsible for the attack.
Kurdistan's health minister said that children, including a one-year-old child, were among the victims of this attack.
Iraq has summoned the Turkish ambassador and demanded an official apology and expulsion of the ambassador from Ankara.
The Turkish flag was set on fire outside a Turkish visa office in Karbala. Protesters came to the streets in Baghdad and Nasiriyah.
America has condemned this artillery attack.
US State Department spokesman Edward Price said: "Killing civilians is unacceptable and all countries must adhere to their obligations under international law, including protecting the lives of civilians."
Turkey has carried out one of its occasional attacks against militants based in the region. The latest round of Turkey's attack in northern Iraq started three months ago, and it aims to eliminate PKK members.
Despite this, the Turkish Foreign Ministry said on Wednesday, "These attacks were carried out by terrorist organizations, and the Iraqi government should not be influenced by terrorist propaganda."
The PKK wants to increase the autonomy of Kurdistan and is engaged in an armed war with the Turkish government.
The United States, the European Union, and the United Kingdom also consider this group a terrorist organization.
After Russia and Iran publicly opposed Turkey's attacks on northern Syria, the country's foreign minister announced on Thursday, July 21, that Ankara does not need "anyone's permission" to attack suspected "militants".
Mevlüt Çavuşoğlu's statements come two days after the meeting of the leaders of Russia, Turkey, and Iran in Tehran, where Russia and Iran opposed the formation of a new campaign proposed by Turkey in northern Syria against the Kurds.
"We exchanged views in Tehran, but we never asked and we never seek permission for our military operations," Cavusoglu said in a televised interview.
The comment of this Turkish official can refer to the position of the leader of the Islamic Republic of Iran, who addressed this issue in the meeting with the Turkish president and warned him about the "consequences" of the military attack on northern Syria.
The Turkish Foreign Minister announced the beginning of Turkey's new military pressure against the Kurdish forces and added: "We will not ask permission from anyone in the fight against terrorism." It may happen overnight, suddenly."
His statements came shortly after the warnings of Ali Khamenei, the leader of the Islamic Republic, in a meeting with him about Turkey's attack on northern Syria.
Addressing Erdogan, Ali Khamenei said that the military attack on northern Syria "definitely harms Syria, Turkey, and the region".
Before the visit of Putin and Erdogan to Tehran, the commander of a part of the Syrian Kurdish forces asked Iran and Russia to prevent a possible Turkish military attack on northern Syria.
Share This Post On