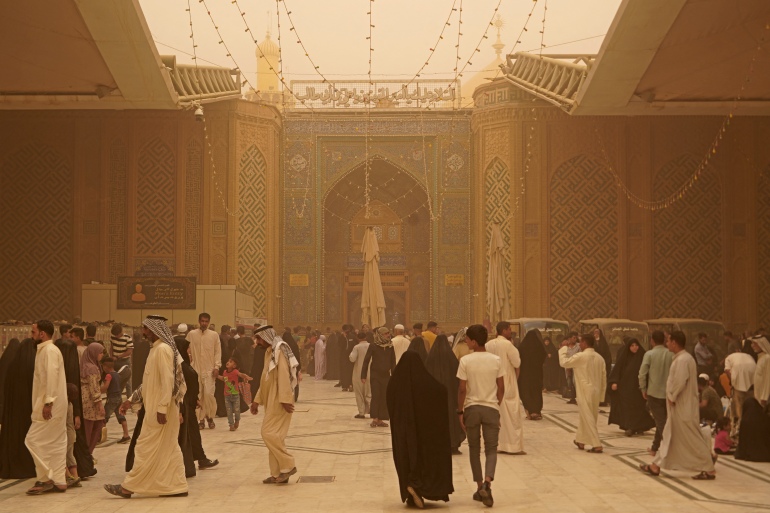 Climate change strongly affects Iraq. The country has already recorded low rainfall and high temperatures in the last few years. According to a 2018 report by the Working Group on Climate Safety Risks, climate change has resulted in “prolonged heatwaves, erratic rainfall, above average temperatures and increased severity of disasters.”

On Thursday, a sandstorm swept through 18 Iraqi provinces. Residents west of Baghdad and Anbar woke up with thick clouds of dust in the sky. Last month it hit the seventh country. As a result, more than five thousand people have been admitted to the hospital with shortness of breath. According to the official Iraqi News Agency, 2,000 cases of “suffocation” have been reported in Baghdad province. However, in Anbar province, hospitals have received more than 700 patients with respiratory distress.

Although dust storms are common in Iraq, they will become more frequent in the coming years due to climate change. In this regard, last month, a government official warned that Iraq could face “272 days of dust” a year in the next few decades due to drought, desertification and increasing rainfall.

This growing situation poses a greater threat to social and economic catastrophe than ever before as it will affect water storage and plant supply. According to the Ministry of Environment, the problem can be solved by creating forests and growing trees.”

The Middle East has been the hardest hit by the dust storm. Besides Kuwait, Iraq is the most affected country. This situation, due to climate change and land and water mismanagement, has a strong impact on human health and conflict in the region. The situation is bound to get worse in the coming years.