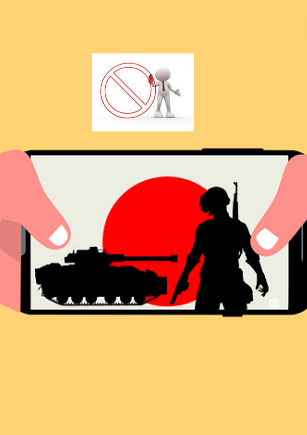 The popular combat and survival game, BGMI, has been removed from app store in India. Google officially said that it has received an order for removal of the game from the Government of India.“On receipt of the order, following the established process we have notified the affected developer and have blocked access to the app on the Play Store in India.”, it said. Although there is no official statement from IT ministry yet the BGMI game is said to be removed from Google Play Store and Apple App store.

BGMI is a rebranded avatar of PUBG, which was one of the Chinese apps blocked by the Indian Government in 2020. The ban in the year 2020 took place in response to the tensions between the two countries along a disputed Himalayan border. Numerous Chinese apps were banned in India, like WeChatWork and TikTok, that had Chinese links. The developer then withdrew its operations with Tencent Games in India and released BGMI in 2021.

Krafton, the developer of BGMI made several changes to PUBG before its return to the Indian market. PUBG was initially developed by a subsidiary of the South Korean company, Krafton, and operated in India through Tencent Games, a unit of the Chinese multinational, Tencent Holdings.

Recently a report says that, BGMI, whose creator is Krafton, has China’s Tencent Holdings of 13.6% stake in the company through its subsidiary Image Frame Investment. Under intense government scrutiny, it is found that these apps are Chinese owned or have significant Chinese investment which will continue to find it extremely difficult to operate in India.

After its re-launch in the Indian market the app crossed 100 million registered users in the country. However, in February, 2022 PRAHAR an NGO has urged the government to block Chinese gaming app and add to the list of 54 Chinese apps banned on February, 14 2022. It is also reported that the game is negatively influencing youths and young adults. Cases of several suicides, accidental deaths, crime and fight with parents, spouses were being reported on account of addiction to this game. There are several action-packed video games which may not be psychologically harmful however PUBG is becoming more and more popular.

People get addicted to various things and activities one such thing is game addiction. The players forget everything around them and are stuck to the false world. Even though these games are made for entertainment purposes, there are several ways through which people can overcome their game addiction. One such solution is to set up a maximum play time for the respective app to control the game addicts, especially the young adults. It is necessary to get away from this addiction step by step as leaving it all of sudden is impractical.  For the youth, it would be beneficial if the app could come up with strict restrictions on logins where the youths can access the game only with the permission of its parents/guardian who shall provide a Government issued ID to register the app and set up restriction time accordingly.