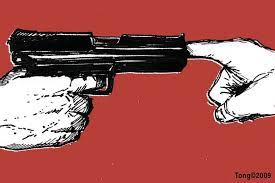 While the outpouring of emotion in response to the Uvalde shooting was both justified and expected, the incident itself was not shocking. In the past decade, the United States has been marked by gun violence and massacres. Again and again, America has struggled with the loss of beloved citizens to a gun, yet refuses to take action. So how is that? The debate over gun regulation has created impediments to attaining justice and preventing gun violence. While many argue that restricting gun access will not end gun violence, there is ample evidence to support that gun control can reduce it.

America is not unique in its history of gun abuse. The New York Times reports that countries such as Britain, Australia, Canada, New Zealand, and Norway have suffered from shootings. The difference is that these countries reacted in a legal manner. Britain achieved one of the lowest gun-related death rates in the developed world, thanks to the prohibition on semi-automatics and handguns. With mandated gun buybacks, Australia's rate of mass shootings has decreased from one every 18 months to one every 26 years. Despite the fact that Canada, New Zealand, and Norway had high gun ownership prior to imposing gun restrictions, they were nonetheless able to implement them. These countries have now turned a new leaf, with gun prohibition limiting homicides, suicides, and mass shootings.

If other countries have had such success enforcing gun control, why has America failed in following their lead? While a direct answer is unclear, much of America’s affinity for guns can be attributed to its constitution, which contains a fundamental difference that separates it from other nations— the second amendment. Many Americans who support gun ownership back their belief with the second amendment. The right to bear arms, or have access to guns, is thought of by many as a right bestowed upon the people of America. These Americans perceive the denial of this right as a loss of freedom, going against the very reason that America was founded.

For Australia, there is no equivalent to the second amendment. It would make sense then, that the people were more flexible to change, as they did not regard bearing arms as a fundamental right. But is this American fundamental right truly fundamental?

Within the Declaration of Independence, Jefferson explains that life, liberty, and the pursuit of happiness are inalienable rights of all people. Yet how can Americans enjoy these rights, when they are plagued by the agony, fear, and loss that weapons have brought them? First and foremost, guns destroy life, one of the inalienable rights that America is based upon. Next, the ease with which firearms may be obtained has created a nation in which parents must wonder if they will see their children return home from school. Students are apprehensive about getting an education. Families can not pursue true happiness if they are paralyzed by the fear that guns instill. Finally, there is liberty. The freedom in itself, that gun supporters insist they bring, is lost when Americans are forced to live in a nation of mass killings. The fear to leave one’s home can greatly control and isolate citizens, demolishing the liberty that gun supporters believe they are entitled to.

The same rights that gun supporters invoke to defend their assertions can be used to dismantle them. It is clear then, that if America wishes to protect its founding beliefs, it must update its laws to reflect current events. While gun ownership may not have infringed on America's intrinsic rights at the time of its establishment, it does now. Although the founding fathers could not have predicted a future filled with mass shootings, gun violence, and child deaths, they did wish to safeguard Americans. To truly honor the founding fathers, and the foundations of our nation, we must continue protecting Americans by adapting our laws to reflect modern gun usage.