Is the target of specific buildings in this conflict, a new strategy to undermine Ukraine? 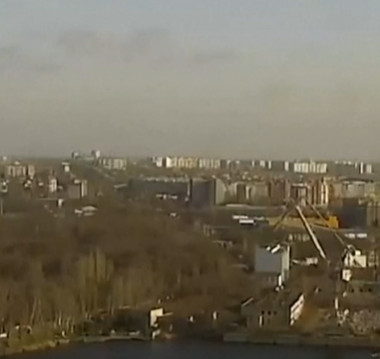 In this prolonged conflict, the Russians are said to now target specific buildings in Ukraine, perhaps to continue to spread terror in the hope of early surrender, but Ukraine’s side has also been resistant to these attacks. There are multiple reports of the Russian missiles destroying unaccounted infrastructure and government buildings in Ukraine, which in turn is weakening Ukraine’s sovereignty. This just doesn’t stop here, but also along with targeting certain buildings, the Russians are also killing civilians whether it is intentionally or unintentionally, their intention is still uncertain.

There is footage that captured the exact moment when a Russian missile hit an administrative building in Mykolaiv, southern Ukraine having devastating impacts on both the infrastructure and the surrounding environment. The number of casualties reported is seven civilians whose identities were not disclosed have died because of this missile attack. Upon the Russian missile hitting the administrative building in Mykolaiv, the immediate impact was very intense as heavy ground shaking, thumping, and heavy fog was released because of the groundbreaking.

The consequence of this attack was that did it not only destroy the surrounding buildings but also injured multiple other civilians. This has increased the tension and the confusion as to why the Russians are now targeting certain buildings, is it to increase the terror in the Ukrainian citizens, or simply just to ignite further the Russian’s sovereign power. The damage caused to the administrative building in Mykolaiv, is heavy and much of it is still unaccounted for, such much of the debris and pieces of the building have flown to the nearby surface, creating stacks of these pieces. This then prolongs the amount of time it takes for the aid to reach, once again bounding and isolating the civilians to the nearby shelters or their homes.

Local authorities are said to be trying their best to still uncover those missing people buried alive under the rubble, yet the level of this difficulty is further increased through the lack of resources the local rescue teams may have from the possibility of them being scattered around other places of Ukraine in a similar situation. The agony that the citizens of the administrative building in Mykolaiv, may have felt upon the Russian missile hitting the building is unimaginable, for this may be even greater for those that have been separated from their loved ones.

In some areas of the building, one side is completely blown away by the Russian missile, and you can see how people left their lives behind, upon trying to evacuate on time. Yet, the success of this is still unaccounted for and has high uncertainty due to the local authorities and rescue teams still trying to find those that may be buried underneath all the rubble.