Is This the End of the Boris Johnson Government? 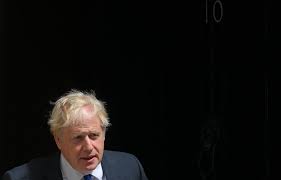 Resignations are piling up within the Boris Johnson government.

Boris Johnson’s been weakened by his most recent scandal in date related to sexual assault allegations towards a member of his government, Chris Pincher. The earliest allegation dates back to 2017 but, as recently as last Sunday, 6 new complaints have risen. Boris Johnson has been confirmed to have been aware of this.

In an interview with BBC’s Chris Mason on July 5th 2022, he admitted to appointing Pincher to a government position despite having been aware of a complaint against him. He further admitted to it being a mistake, saying he: “apologise[s] for it”, and that: “there’s no place in this government for anybody who is predatory or abuses their position of power.”

During this interview, Chris Mason rightfully told Johnson: “Prime Minister, this is about truth … this is about whether people can believe what you say.” Indeed, the Chris Pincher scandal is just the last one in a long string of controversies for Boris Johnson and his administration. One of the most notable was the Partygate, in which government and Conservative Party staff held parties and gatherings (including but not exclusively at: 10, Downing Street), in 2020 and 2021, when it was prohibited for the rest of the UK to do so.

Minutes after the Mason interview, former health secretary Sajid Javid and former Chancellor of the Exchequer Rishi Sunak resigned from their positions.

Could this be the end of his government? Yes… but also no. As mentioned by a previous article published by TheSocialtalks on June 18th 2022, the UK possesses a ministerial code indicating that, if any rules of conduct are broken, it is conventional that the minister resigns. It has not been the case during the Partygate as the ministerial code has been adapted to reflect such events. Who is to say what Boris Johnson’s reaction will be after these resignations?

As we speak, they are piling up: children’s minister Will Quince, schools minister Robin Walker, treasury minister John Glen, PPS Felicity Buchan…  Boris Johnson’s future as a Prime Minister is uncertain, and only the next few days will be able to tell us.

Boris Johnson will stay on as caretaker Prime Minister until autumn

What are Dominic Raab’s Plans to Revoke the Human Rights Act?