Is tomato becoming the new onion? 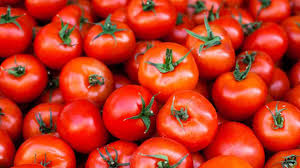 Prices of tomatoes in states across the country are witnessing a steady rise. In November alone, the prices have increased by a whopping 142% and are expected to rise for the upcoming 45-50 days.

The price for the vegetable which was at Rs.40/kg on 1st October, increased to Rs.50/kg by month-end and reached Rs.80/kg on 23rd October, showcasing a 100% rise in just 2 months. Also, households that are purchasing from organized retail and e-commerce channels are paying 10-20% more than the price at which tomatoes are available in the local markets.

The situation is expected to remain the same until mid-January and February when the new harvest will begin to enter the market from Madhya Pradesh, Uttar Pradesh, and Maharashtra.

According to government reports, consumers will experience only a slight decline of about 20% as the supplies will begin to come in from the northern states in December.

Not only tomatoes but onions and potatoes too may experience a slight increase in their price in the upcoming days as the key growing states- Uttar Pradesh(162% higher), Bihar(164% higher), Gujarat (42% higher), and West Bengal(52% higher) has been hit by excessive rains, delaying sowing and output.

Hopefully, as the north-east monsoon begins its retreating, the worst can be avoided for the prices and normalcy can be achieved.