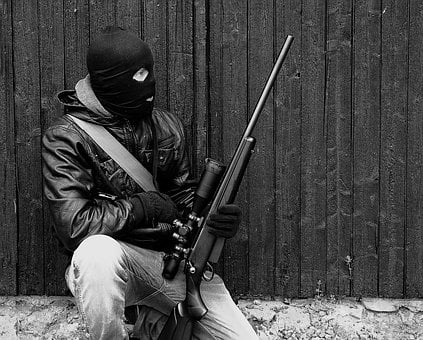 On January 3, 2022, the National Investigation Agency arrested an Islamic State operative in Mangalore, Karnataka. The operative, Mundadiguttu Sadananda Marla Deepthi Marlah, is known to be related (daughter-in-law) to an ex-MLA from Karnataka B. M. Idinabba in a case related to ISI Kerala module case. According to the NIA, it was a joint operation between the Karnataka police and ISIS Module in Kerala.

Maryam is the wife of Annas Abdul Rahiman (son of B.M. Basha), who is a resident of Mangalore and is believed to be linked with the ISI. B.M. Basha is the son of former Ullal MLA, B. M. Idinabba. According to NIA, "Today, NIA in co-operation with Karnataka Police arrested one ISIS operative, Mundadiguttu Sadananda Marla Deepthi Marla alias Maryam, w/o Anas Abdul Rahiman R/o Mangalore."

The arrests were made regarding the ISI recruitment and propaganda that was carried out in March last year, according to the NIA. The NIA further arrested Mohammed Ameen, alias Abu Yahya, along with two of his associates from Kerala—Dr. Rahees Rasheed and Mus’Hab Anwar. Later that year, in August, including Ammar (Anna’s brother), four more people were arrested by the agency. In the same month, two women from Kerala claiming to have joined the ISI were also arrested. In a statement, the NIA said, "Investigation has also revealed that Deepthi Marla was the kingpin of the ISIS conspiracy along with Mohd Ameen."

Following the suspicion of Maryam's links to the ISI, the NIA raided Basha's home and arrested people. A total of 11 people have been arrested so far by the NIA in charge of "raising funds, radicalising and motivating people to join ISIS". The late B.M. Idinabba was a former Congress MLA who was elected thrice by the Ullal constituency in the Karnataka assembly. According to ANI, Maryam belonged to the Bunt community of Kodagu district. After falling in love with Anas, she converted her religion to Islam. After the decline of the ISI in Syria and Iraq, the investigation team found out that Maryam and Mohd. Ameen had visited Kashmir for Hijrah in January and March 2020, where they indulged in terrorist activities by supporting the ISI.

According to the NIA, the searches took place in five different locations in Jammu and Kashmir and in Karnataka. During the searches, the NIA seized all the laptops, mobile phones, sim cards, hard disc drives, pen drives, etc. from the service providers. Mohd. Ameen, alias Abu Yahya, of Kerala, was accused of running propaganda channels on various social media platforms to support the ISI ideology and recruit new members. An NIA official made a statement claiming that Mohd. Ameen, along with his associates, was promoting Muslims in India to join and support the ISI activities. They were successful in expanding their connections in Kashmir and Kerala.