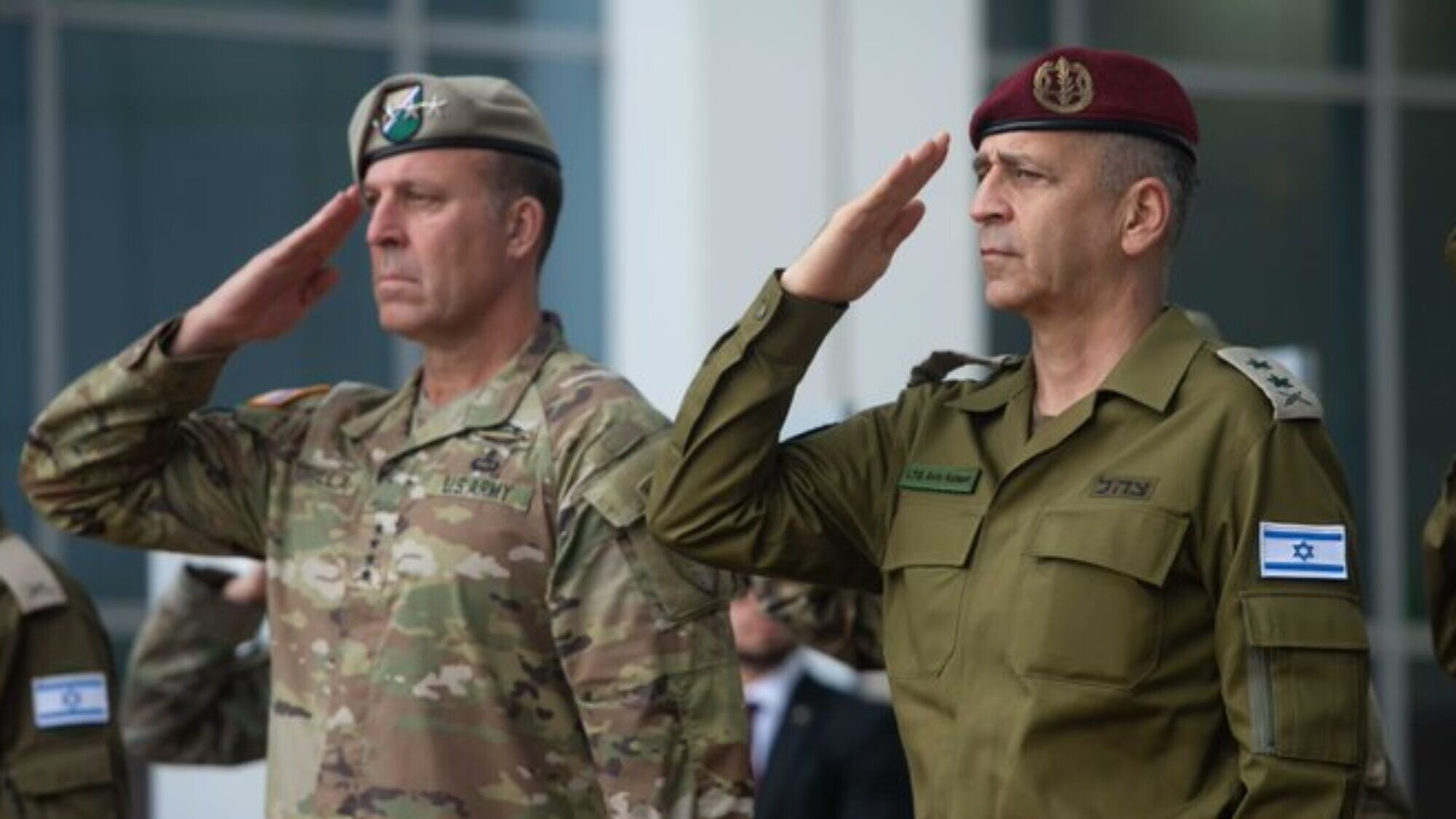 Michael Eric Corella, the head of the US Central Command (CENTCOM), announced that during his latest trip to Israel, he discussed with the country's defence officials the importance of integrated air and missile defence system, along with the continuous need for strong regional security cooperation.

According to the announcement of the US Central Command, on Sunday, July 26, on his trip to Tel Aviv and Jerusalem, General Corella met with the leadership of the Israeli Defence Forces, including Aviv Kochavi, the Chief of the General Staff of the Israeli Army.

This was General Corella's second trip since the beginning of the spring when he was the head of CENTCOM. He went on this trip the day after the end of US President Joe Biden's trip to the Middle East.

In a statement issued by the US Central Command, the CENTCOM commander added US President Joe Biden's announcement during his visit to Israel and US Defence. Secretary Lloyd Austin reiterated, "America's commitment to Israel remains strong".

He mentioned that the security of the region is of utmost importance to both CENTCOM and the Israeli army.

The White House announced: "We will continue our efforts to integrate air defence throughout the region."

The plan to integrate the air defence of Israel and the Arab countries of the region has faced a sharp reaction from the Islamic Republic of Iran.

Shortly before the CENTCOM commander arrived in Israel, the country's army announced that "mainly defence capabilities against missiles will be discussed with an in-depth professional study of the air defence system."

During Biden's visit to this country last week, Israel showed him new laser equipment called "Iron Beam" which is designed to deal with the threats of drones by the Islamic Republic of Iran.

Earlier, the Washington Post newspaper wrote in a report that General Corella emphasizes "Iran's aggressive activity" in the region should not go unanswered and this issue is one of his "main concerns" concerning the region.

Hours after the trip of the CENTCOM commander to Israel, Aviv Kokhavi, the chief of the general staff of the country's army, emphasized that diplomacy may "fail" in the case of Iran, saying that the military response to the nuclear program of the Islamic Republic is a "moral obligation and a security order" is national.

He emphasized that this preparation "includes a variety of operational plans, the allocation of abundant resources, and the acquisition of appropriate weapons, information, and training." The Chief of the General Staff of the Israeli Army said: "The Israeli Army is strongly preparing for an attack on Iran and must be prepared for any development and any scenario."

The former Foreign Minister of the Islamic Republic of Iran, Kamal Kharrazi, a senior advisor to Ali Khamenei, said that Tehran has the "technical capabilities necessary to build a nuclear bomb".

Kharazi, however, added that the Islamic Republic has not decided to build such a bomb in an interview with the Qatari channel Al Jazeera, which was published on Sunday.

In response to the signing of the Jerusalem statement by the leaders of Israel and the United States during Biden's visit to Israel, he said that such a statement is "repetitive" and has no results.

According to the Jerusalem statement, which was prepared for the strategic cooperation between the United States and Israel, the United States has pledged to use all the tools of its national power to prevent the Islamic Republic from gaining access to nuclear weapons. Shortly after Kharazi's statement was published, Mohammad Javad Larijani, a former diplomat of the Islamic Republic, also quoted that "if Iran decides to build a nuclear weapon," no one can stop it.

Military and government authorities in Iran have not yet reacted to the statements of the two former officials about the construction of an atomic bomb by Tehran.

Now it seems that the officials of the Islamic Republic openly talking about the possibility of producing nuclear weapons in this country as a reaction to the impasse in the negotiations to revive the Iran Nuclear Deal (JCPOA). They assume that it can also be a result of Tehran's anger about the security and military cooperation of the countries against the Islamic Republic.

Negotiations to revive the Iran Nuclear Deal, which started at the end of Hassan Rouhani's presidency, have not yet concluded.