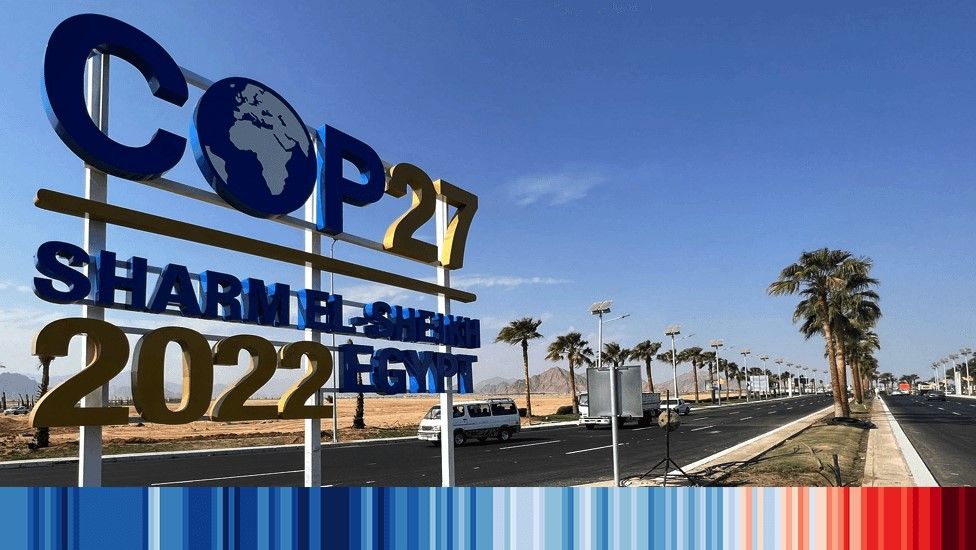 The 27th annual UN climate conference, also known as COP27 will be taking place from November 6 to 18, it will take place in Sharm el-Sheikh, Egypt.

Every year, the UN hosts climate summits to help governments reach a consensus on actions to slow the rise of global temperature. They are known as COPs, or "Conference of the Parties," for short. The parties are the participating nations that ratified the first UN climate accord in 1992.

Why are COP meetings needed?

The 27th Conference of the Parties (COP27) on climate change will work to progress previous agreements to slow global warming and live up to its strap-line, and countries will work hand in hand for the implementation of plans, they will particularly come in handy after a year of severe natural disasters.

The two-week summit this year, which begins on November 6 in Egypt, will work to strengthen and carry out the commitments made at the summit in Scotland last year, to limit the rise in global temperature to 1.5 degrees Celsius (2.7 degrees Fahrenheit) to fend off the most disastrous effects of a warming planet.

There is a tonne of work ahead. At a pre-COP conference earlier this month, United Nations Secretary-General Antonio Guterres warned that the challenges were "as enormous as the climate consequences we are experiencing around the world." According to the Intergovernmental Panel on Climate Change, which is comprised of climate scientists from the UN, global temperatures have increased by 1.1C and are on track to reach 1.5C. (IPCC). The IPCC predicts that half of humanity might be exposed to heat and humidity that pose a threat to life if temperatures increase by 1.7 to 1.8C above values of the 1850s.

To avoid this, 194 nations committed to "pursue efforts" to keep global temperature increases to 1.5C by signing the Paris Agreement in 2015.

There are more than 200 invited governments.

UK Prime Minister Rishi Sunak tweeted that he would attend the meeting despite having previously said he wouldn't "carry on [COP26's] legacy of building a secure and sustainable future." Boris Johnson, a former prime minister, will also attend, although King Charles won't due to government advice. At Buckingham Palace, he is, however, hosting a pre-conference reception.

Although Russian delegations are still anticipated to attend, Vladimir Putin is not scheduled to travel. China and other nations have not made their leaders' attendance known. Egypt, the hosts, urged nations to set aside their differences and "show leadership" on the subject of climate change. Businesses, think tanks, community organizations, religious organizations, and environmental charities will all participate.

The COP will take place in Africa for the fifth time. The regional governments are hoping that it would draw attention to the catastrophic effects that climate change is having on the continent. Africa is one of the planet's most vulnerable continents, according to the IPCC.According to estimates, drought in east Africa is currently causing food insecurity for 20 million people. However, there has been debate concerning the venue's selection of Egypt. Some environmental and human rights activists claim that since they have criticized the government's record on human rights, they have been barred from the event.

The main focus area of COP27 will be-

-Lowering emissions which can help countries prepare for and respond to climate change. Securing the aforementioned financial and technical aid for emerging countries

-Loss and damage financing—funding to assist nations in recouping from the repercussions of climate change as opposed to merely preparing for them.

What India Seeks in cop 27

India appears to have only one agenda on the table at this COP, as it does for the previous COP: climate funding. At the 27th Conference of Parties of the UNFCCC (COP 27) at Sharm El-Sheikh, India's delegation will be led by Environment Minister Bhupender Yadav, who will push for action on crucial problems involving climate finance, technology transfer, and "loss and damage."

Since the initial pledge for climate money was made during COP15 in Copenhagen, Denmark, the discussion has continued. At COP 27, India and other developing nations intend to hold the wealthy world responsible for keeping their promise to provide $100 billion for climate funding. India will reiterate its appeal to other nations to join the Lifestyle for Environment (LiFE) movement, which aims to change the world's consumer habits from mindless and wasteful consumption to conscious and deliberate use of natural resources.The 27th annual UN climate conference, also known as COP27 will be taking place from November 6 to 18, it will take place in Sharm el-Sheikh, Egypt.

Every year, the UN hosts climate summits to help governments reach a consensus on actions to slow the rise of global temperature. They are known as COPs, or "Conference of the Parties," for short. The parties are the participating nations that ratified the first UN climate accord in 1992.