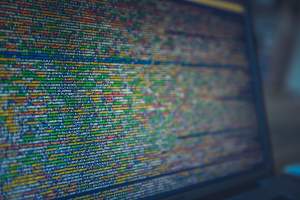 On the 11th of May, Pro-Russian hackers attacked several websites of Italian social and political institutions, including the Senate, the Ministry of Dense, the ACI (Automobile Club d’Italia) and the Higher Institute of Health. The attack appeared to not affect the infrastructure, and the sites were restored after a few hours.

The pro-Russian collective group “Killnet” claimed the cyber-attack, which made access to various sites of these infrastructures difficult. The group posted a series of institutional and political addresses on Telegram named "Attack on Italy." (RaiNews). 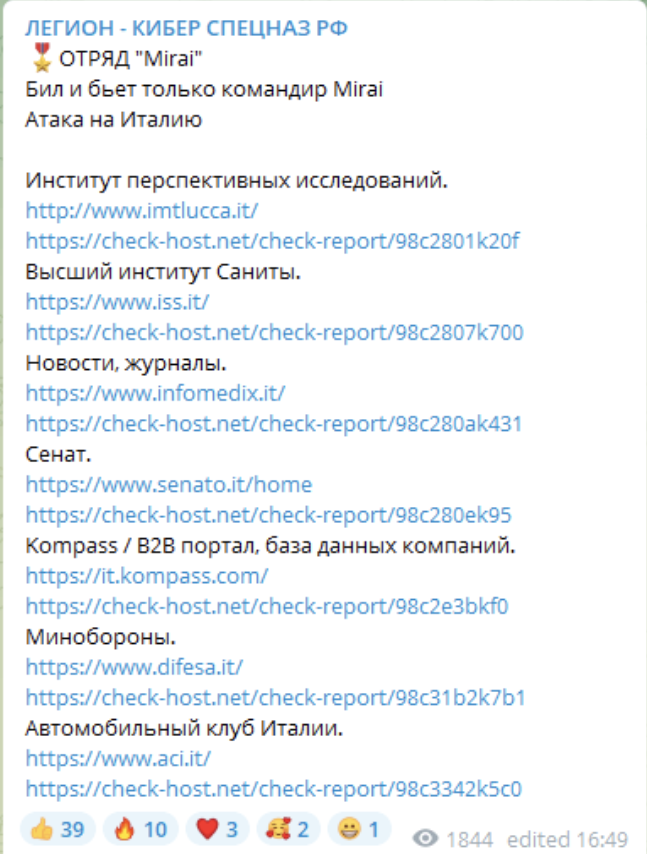 Screenshot from the pro-Russian Telegram group in which users are encouraged to execute DDoS attacks against Italian institutions (source https://www.cybersecurity360.it/cybersecurity-nazionale/attacco-cyber-dalla-russia-allitalia-down-siti-istituzionali/)

The Killnet hacker group is one of the most active Russian hacker groups. The group is linked to the Legion collective, which brings together groups of Russian hackers who aim to attack sites of Western institutions and companies (La Repubblica). The group specializes in “overload attack[s]”, also known as DDoS (Distributed Denial-of-Service). These attacks involve websites being flooded with simultaneous and coordinated web page requests from different computers, making it harder for the website to handle them all (DW). This can cause websites to be extremely slow or completely inaccessible to legitimate users.

During the Ukrainian conflict, the group claimed to have carried out similar attacks on Romanian, Polish, German, and some American corporate websites. They stated on their Telegram channel that their goal was to attack NATO countries and Ukraine (La Repubblica).

What occurred in Italy is simply another illustration of the country’s lax cybersecurity, a problem that many organizations have long argued. However, just in recent weeks, the first Censis-DeepCyber report on cybersecurity in the country was presented to the Senate and from which it emerged that almost 4 Italians out of 10 are indifferent or do not know how to protect themselves against cyber attacks (Will).

Cybersecurity has a direct impact on our well-being and should no longer be viewed as an expense, but rather as a collective investment required for a fully digitized transition. Broadly speaking, cybersecurity is the protection of computer systems and data from cyberthreats. As our modern society becomes increasingly digitized, the likelihood of attacks compromising an individual’s or organization's data and cyber properties grows. Italy is no exception: the number of online attacks to steal sensitive data has increased from just over 4000 in 2015 to more than 3.000 in 2019 (Statista).

According to the latest DESI (Digital Economy and Society Index) report, published by the European Commission (2021), Italy ranks 20th out of 27 EU member states. Additionally, Italy remains below the European average in the three of the four dimensions assessed by DESI (2021): human capital (IT score 35.1, EU score 47.1), connectivity (IT score 42.4, EU score 50.2) and digital public services (IT score 63.2, EU score 68.1). As for integration of digital technology, Italy ranks above the European average with a score of 41.4 vs 37.6. Nevertheless, cybersecurity issues greatly remain on  the country’s agenda requiring immediate attention and support.

Within this, the country’s Recovery and Resilience Plan (RRP) represents a great opportunity to reallocate funding and resources. In fact, the Italian Plan is the largest in the EU, accounting for a total amount of EUR 191.5 billion (European Commission 2021). Over a fifth of the total resources is destined for the digital transition, for an amount of EUR 48 billion  to be invested by 2026.