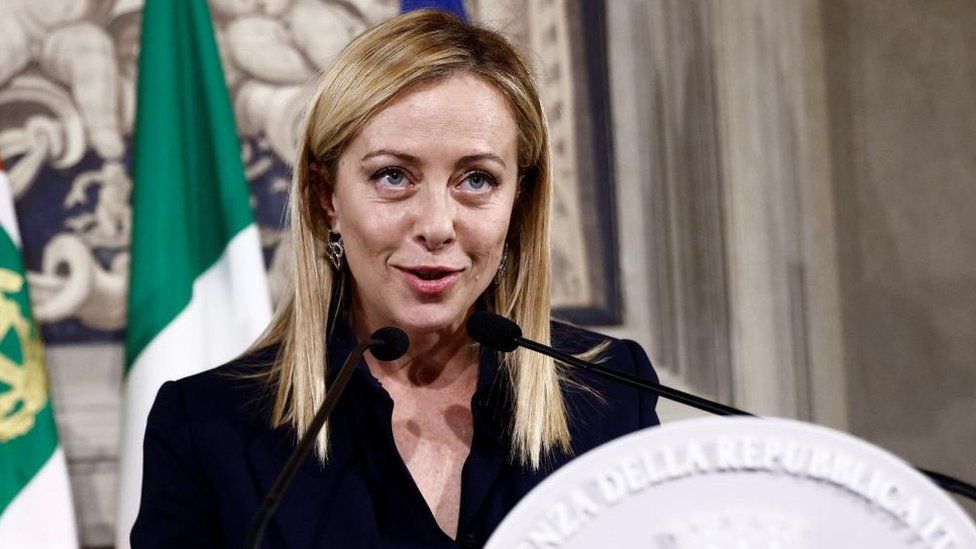 Georgia Meloni was appointed Italy’s first woman Prime Minister on Friday, becoming the country’s first far-right leader since Benito Mussolini. President Sergio Mattarella, at his Quirinale palace in Rome, announced to reporters that Meloni has “accepted the mandate and presented her list of members.”

Her cabinet team included an alliance of Meloni’s Brothers of Italy Party, Salvini’s League Party, and Forza Italia Party. Although being the first woman at the helm, only six out of the 24 ministries are women.

After a brief 11-minute meeting with President Mattarella, she confirmed that her new team was ready to give Italy “a government that confronts with awareness and competence the urgency and challenges of our time.” The new government will officially be sworn into office at 10 AM (local time) on Saturday.

Speaking to journalists earlier this month, Hilary Clinton told of Georgia Meloni; “the election of the first woman prime minister in any country represents a shift in the past, and that is surely the right thing.” Disagreeing Clinton’s views, throughout Meloni’s time in politics, she has closed doors for women who demand equally-paid jobs, abortion rights, and sexual independence. As someone who adamantly follows conservative agenda, Meloni also represents the dictatorship of Benito Mussolini, one of Italy’s darkest episodes.

As Meloni comes into power, she is presented with alarming issues, including a looming recession, increasing energy costs, and presenting a united stance over the Ukraine war. Despite the challenges, Meloni stated on her social media that her team is capable of facing all urgencies with consciousness and knowledge.

Giorgia Meloni, 45, began her political career in 2006. In 2012, she co-founded the Brothers of Italy, a party entrenched in Euroscepticism and anti-immigration policies. Banned after World War 2, the Brothers of Italy shared roots with the Italian Social Movement (MSI), a committee that replaced the National Fascist Party. In fact, Meloni was a young activist who joined MSI’s youth wing in 1992. In an interview four years later, she praised the dictator for his decisions and believed everything he did was for Italy’s betterment.