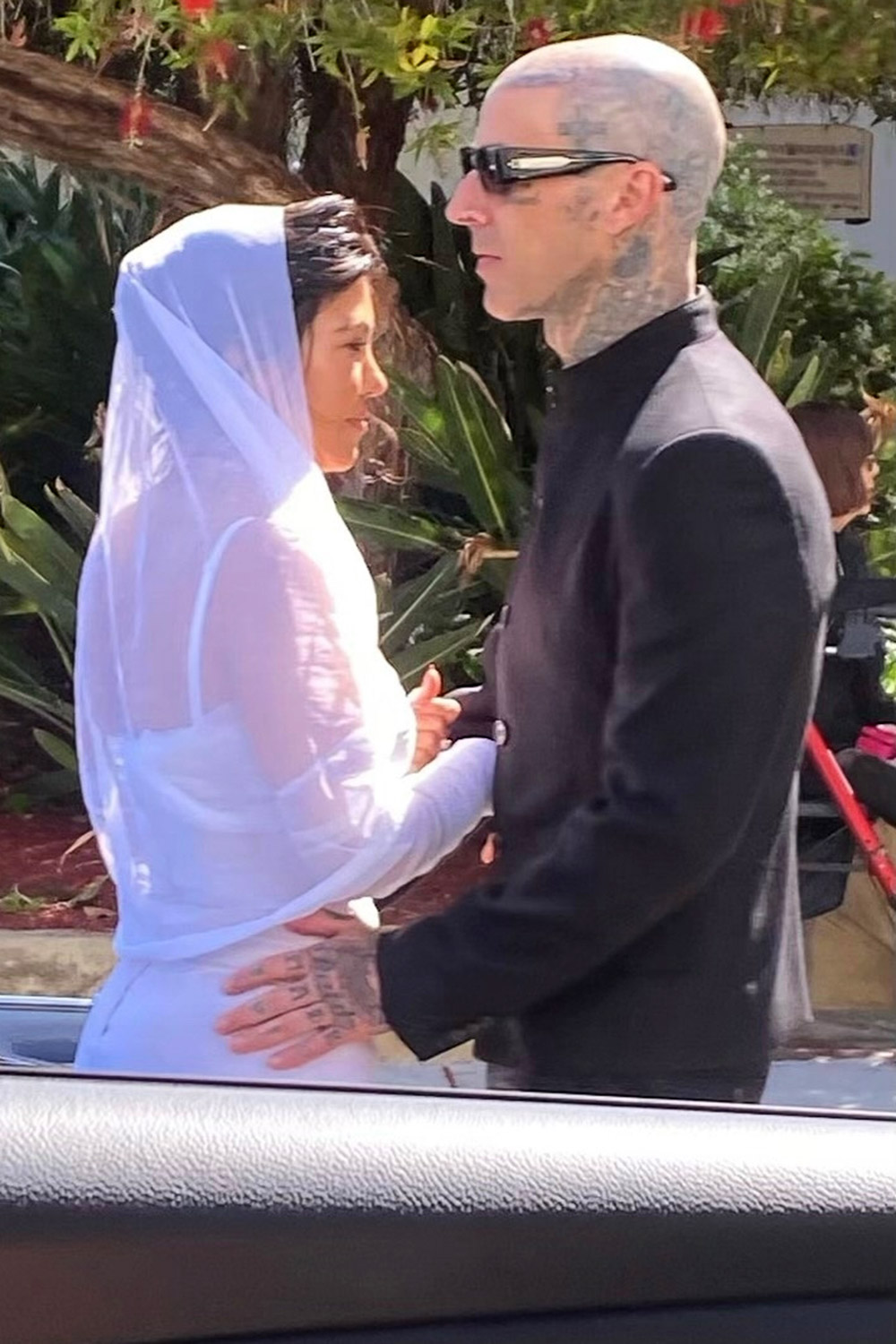 The reality star and 46-year-old Blink 182 drummer have finally made things official - tying the knot in Santa Barbara this weekend.

The famous couple opted for a tight-knit guest list, which consisted of a handful of loved ones, including Barker’s father, Randy, and Kardashian’s grandmother, Mary Jo, “MJ” Campbell. The couple celebrated their special day at a nearby restaurant in Montecito, California, following the ceremony.

After getting hitched, Kardashian and Barker drove off in a vintage, black convertible with a “just married” sign displayed on the back. The traditional exit was in stark contrast to Kourtney’s unconventional wedding dress. The mum-of-three was spotted wearing a figure-hugging mini-dress by Dolce and Gabbana, which was topped off with statement gloves and an elegant veil. On the other hand, Travis went for a classic look – donning an all-black tuxedo as he proclaimed his love for the 43-year-old.

To our surprise, none of Kourtney’s kids or famous sisters showed up for the occasion. Instead of watching her older sister swap vows, the youngest member of the Kardashian-Jenner clan, Kylie Jenner, was seen attending the Billboard Music Awards with the father of her two children – Travis Scott. As for Kardashian’s other siblings, they were seen posting on social media but failed to make an appearance at the event.

While the low-key ceremony was an intimate affair, a source has hinted at the “big Italian wedding”, citing that the couple had to get “legally married first” ahead of the upcoming event. Momager and mother of the eldest Kardashian star, Kris Jenner, revealed that she has been “sworn to secrecy” regarding the highly anticipated “big” day.

The official “I Do’s” follow the pair’s unlicensed wedding stint in Las Vegas last month. After the 2022 Grammy awards at the One Love Wedding Chapel – the duo solidified their commitment to each other in front of an Elvis Presley impersonator, who officiated the ceremony. Shortly after walking down the aisle, Kardashian confirmed that the wedding was not legally binding, captioning a series of loved-up snaps on Instagram with “practice makes perfect”.

The weddings continue to spark excitement amongst fans, who have turned into the couple’s love story from the beginning.

After just under a year of dating, Kourtney Kardashian and Travis Barker got engaged in October 2021. Barker popped the question during a romantic beach proposal in Montecito, which recently aired on The Kardashians on Hulu - available to stream on Disney Plus. The new show has shed light on the next chapter in the couple’s relationship as they try to have a baby.

The lovebirds have become known for their PDA-filled romance, often sparking controversy for showcasing the extent of their public affection. With a second wedding on the horizon, it won’t be long until the couple is at it again – publicising their enviable romance for all the world to see.