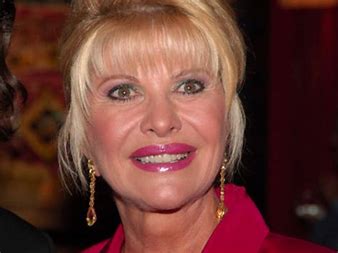 Donald J. Trump hasn’t been in the news very often because of his term as president finishing and his being banned from his favorite social media (Twitter). So he hasn’t made a headline in a while, but he does today because his former wife Ivana has recently died. This happened some time ago and it has become widely known, but new evidence of the cause has come to light and will be discussed further in this article.

Ivana Trump was married to Donald Trump in 1977, but they were later divorced in 1992. However, they were one of the most famous couples in the 80s with their extravagant lifestyle and tastes, which made Ivana famous even after her divorce from the former president. During their marriage, they had three children: Ivanka, Eric, and Donald jr.

On a recent Thursday at approximately 12:40 pm police were called in for an emergency, but when they arrived on the scene at Trump’s apartment on East 64th Street home near Central Park she was unconscious. Later at the same scene, Trump was pronounced dead by the first responders and the cause wasn’t determined until now.

Many of the Trump family came out with support for the previous matriarch of the family. Ivanka Trump said in a public statement that she was “Heartbroken by the passing of my mother. Mom was brilliant, charming, passionate and wickedly funny. She lived life to the fullest. … I will miss her forever.”

Following Ivana Trump’s death, the deposition of her late husband and children will be postponed. A representative from the New York Attorney General’s office said this about the matter: “In light of the passing of Ivana Trump yesterday, we received a request from counsel for Donald Trump and his children to adjourn all three depositions, which we have agreed to…”