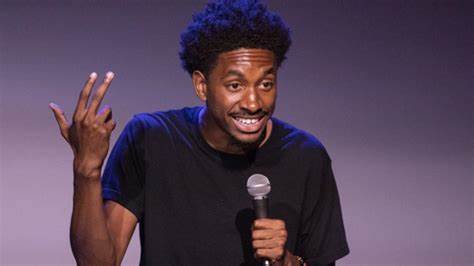 Jak Knight was a stand-up comedian who had shows on Netflix and starred in a Peacock original series called ‘Bust Down’. He was a well-liked actor and writer that made millions of people out in the world laugh with his comedic talents. Sadly, he died at the young and tragic age of 28.

Knight did stand-up for years around the world, making shows in numerous different places. He also had a half-hour-long show on Netflix that was a part of the series ‘The Comedy Lineup’ in 2018. The series also contained numerous other comedians that since hearing about their colleague dying have been pouring out condolences on the internet. Social Media has been hit with so much love and support for the family members that are missing the rising star.

Knight was also a voice actor on the hit show ‘Big Mouth’ where he voiced Devon, an African-American teenager that sang and dealt with issues of race. His character once had to sing about the phenomenon of ‘Code-switching’, which is when a person of color has to change their identity depending on the race of their company. Messages like this were what made Knight such an influential voice in this generation.

Friend, Dani Fernandez, said "... you were so incredibly loved and respected. There will never be anyone quite like you" about the departed actor. This shows how truly loved he was amongst his community of content creators. Another, Mo Mandel, had this to say about Knight: "He was funny from the start and always had on an incredible smile. Very sad to read of his passing. Prayers to his family and go check out his comedy.”

Knight’s representative confirmed that yes he died last Thursday in his Los Angeles home, but we still don’t know what the cause was. The representative left this detail out of the public message, for he didn’t wish to divulge the personal aspect of his passing. Jak Knight will be missed by all of those he touched with his voice, his humor, and especially his message for all of those to hear.