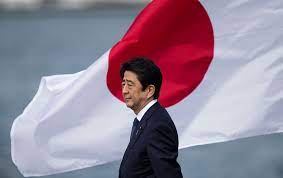 Shinzo Abe, the former prime minister of Japan, was killed last Friday while giving a speech in Nara.

Police say the shooter was a 41-year-old Nara resident who confessed to holding “a grudge” against a group with which he believed Abe was associated. Aside from the confession, few details about the subject have been released.

Abe was shot at close range in daylight, which aroused concerns with problems about the former prime minister’s security. The assassination surprised many, considering the rarity of gun violence in Japan. Last year, there was only one fatal shooting, according to the National Police Agency.

Japan’s restrictions did not bar Abe’s shooter from acquiring the weapon because he used a homemade gun. Police searched the shooter’s house after the assassination and found several others like it.

Abe had been campaigning for the Liberal Democratic Party’s candidate in the Upper House of Parliament elections when he was shot. Though he resigned as prime minister due to health problems in 2020, he wielded a sizable governing influence until his death.

As the longest-serving Japanese prime minister, Abe was a strong force in Japan’s government. One of his most significant contributions to the nation was his effort to improve foreign relations. Seeking to build alliances with other countries, Abe helped to find the alliance between the US, Japan, India, and Australia, known as the Quad.

Abe was instrumental in reforming Japan’s security policy. Known as “Article 9”, Japan’s constitution has made it a “pacifist nation” since World War II. However, Japanese activists claim it makes their nation weak and unable to defend itself or its allies.

Rather than destroy Article 9 and create an entirely new policy, Abe focused on re-interpreting the meaning of the existing one. Abe fought for writing Japan’s Self-Defense forces into the article, allowing Japan to support the US in combat.

Although the amendment Abe sought to enact did not go through, current Prime Minister Fumio Kishida stated that the Upper House’s recent win created the prospect of Constitutional revision. As a result, Abe’s Liberal Democratic Party may now be able to carry out the policy change the former prime minister sought to institute.

Deep dive into the Unification Church