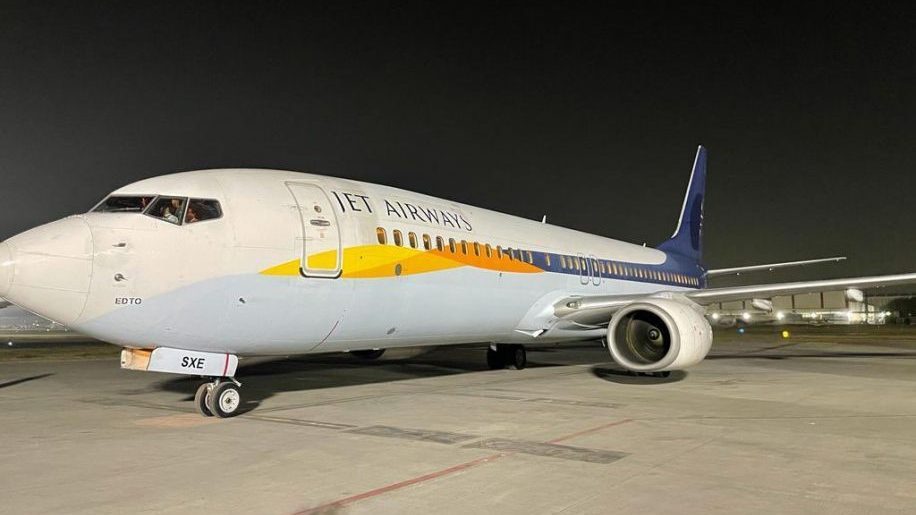 Indian airlines 'Jet Airways' resumed its operations on Thursday. The airline had shut down its operations in April 2019 due to financial difficulties. On Thursday, a Jet Airways aircraft conducted a 'test flight' from and to Hyderabad airport to ensure the aircraft's safe functioning and to obtain the air operator certificate. It was a 90-minute test flight in the air, and the 'proving flight' is expected to be conducted next week.

Hours after the test flight was conducted, a Boeing 737-800 aircraft took off from Hyderabad to Delhi under flight number 9W101. The proving flight shall be completed next week, and hence the airline will obtain a revalidation from the Air Operator Certification (AOC). It will be operated by the pilots, flight attendants, and people from the Directorate General of Civil Aviation (DGCA).

As Jet Airways resumed its operations, Indigo congratulated the airline on embarking on this new journey. Indigo retweeted, "Congratulations, @jetairways !Wishing you all the best as you prepare for this new start".

Responding to the wishes, Jet Airways' CEO Sanjiv Kapoor thanked Indigo and expressed admiration for its fellow airline for setting a 'benchmark.' He retweeted, "Thank you so much, Team Indigo! This means a lot to us; you guys have set the benchmark high and shown what is achievable by an airline in India regarding size, scale, and consistency of operations, with a huge focus on the basics! Cheers! @IndiGo6E"

It is to be noted that the fleet was grounded on April 17, 2019, after it ran into a huge financial debt. After a three-year hiatus, the Indian-International airline has hired nearly 200 people to work under various organizations.

"Today, May 5, our 29th birthday, Jet Airways flew again! An emotional day for all of us who have been waiting, working, and praying for this day and for Jet's loyal customers who can't wait for Jet to commence operations again," tweeted Jet Airways on Twitter.