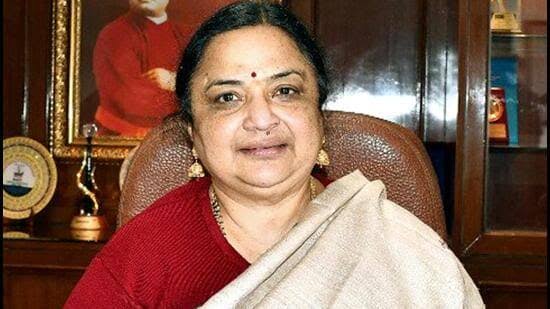 JNU will concentrate on both the quality of education as well as the institutions. According to JNU Vice-Chancellor Shantishree Dhulipudi, no new school will be established at the university. She stated that during her time at JNU, no additional schools will be built since she wants to focus on quality enrichment. JNU's Engineering and Management schools are already on track to become national institutions comparable to IITs and IIMs.

In the country's education field, JNU is a huge star. JNU is one of India's oldest and most prestigious schools, as well as one of the most prominent in the South Asian region. In every region, JNU has produced administrators, intellectuals, and researchers. She intends to keep JNU's reputation intact and enhance it during her service as Vice-Chancellor.

JNU is frequently portrayed as an anti-national university in front of the public, however, this is not the case. JNU should not be labeled anti-national just because 5% of students are. As a JNU alum, she agrees that the institution used to be a center for intellectual debate and constructive criticism, but that these debates have now devolved into physical confrontations, threatening the university's global image.

She acknowledged the inquiry about the University's Sexual Abuse accusations. She is aware of the situation, and serious actions will be taken against professors involved in similar complaints in the near future. The Internal Complain Committee (which replaced the Gender Sensitization Committee against Sexual Harassment) would improve its procedures and adhere to UGC norms.

She stated that the backgrounds of JNU students are diverse. Students from all across the country, as well as from South Asia, have many perspectives, and JNU is a place where they shape their convictions. While students may agree or disagree with their viewpoints, this should not lead to violence. As the strength of the kids has grown over time, the difficulty of managing that strength has become more difficult.