Joe Biden ends up continuing to plead with Putin to stop his alleged war crimes, but what will he choose? 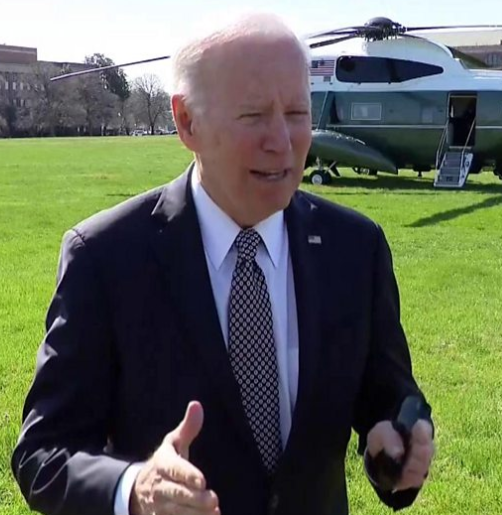 Every second that this devastating war continues to pursue every corner of Ukraine leaving no stone unturned, the world begins to lose its patience with trying to logically reason with Putin like adults. The world is left with no choice but to become a child in front of Putin, as the last strategy to hope to get him to stop his side. Just recently, Biden did an interview where he stated that in the past no one would even think that Putin could commit war crimes, yet here he stands on his word again.  He links that past time to today when he accuses Putin of committing several alleged war crimes in Bucha.

Biden is back in his remarks on how all of Ukraine’s war crimes, including the recent one in Bucha, prove Putin a “war criminal.” Yet, despite all the evidence that points to it, Putin suggests that the world still needs to gather enough evidence to stop Putin’s heinous crimes once and for all. But will the evidence be enough to deter Putin from exercising his sovereignty in the future, given that he is the world’s largest and so-called powerful country?

Again, Biden agrees with the rest of the world that they will not hesitate to continue to stand with Ukraine even though it means they had to make the most difficult decision. Ukraine is constantly being supplied with a large number of weapons to help Russia resist as much as possible. In the interview, Biden agrees with the fact that Ukraine will continue to receive the assistance they need, the assistance they deserve.

Putin has been urged to face a “real and direct trial” for all alleged war crimes in Ukraine, including in Bucha. Nevertheless, for this to happen, Biden reiterated that it is essential to have all the evidence on how a real war crimes trial can go smoothly. Throughout, Putin has been consistently described as a “cruel” man, and to end Putin’s brutality, Biden reveals that he is taking tougher action against Russia.