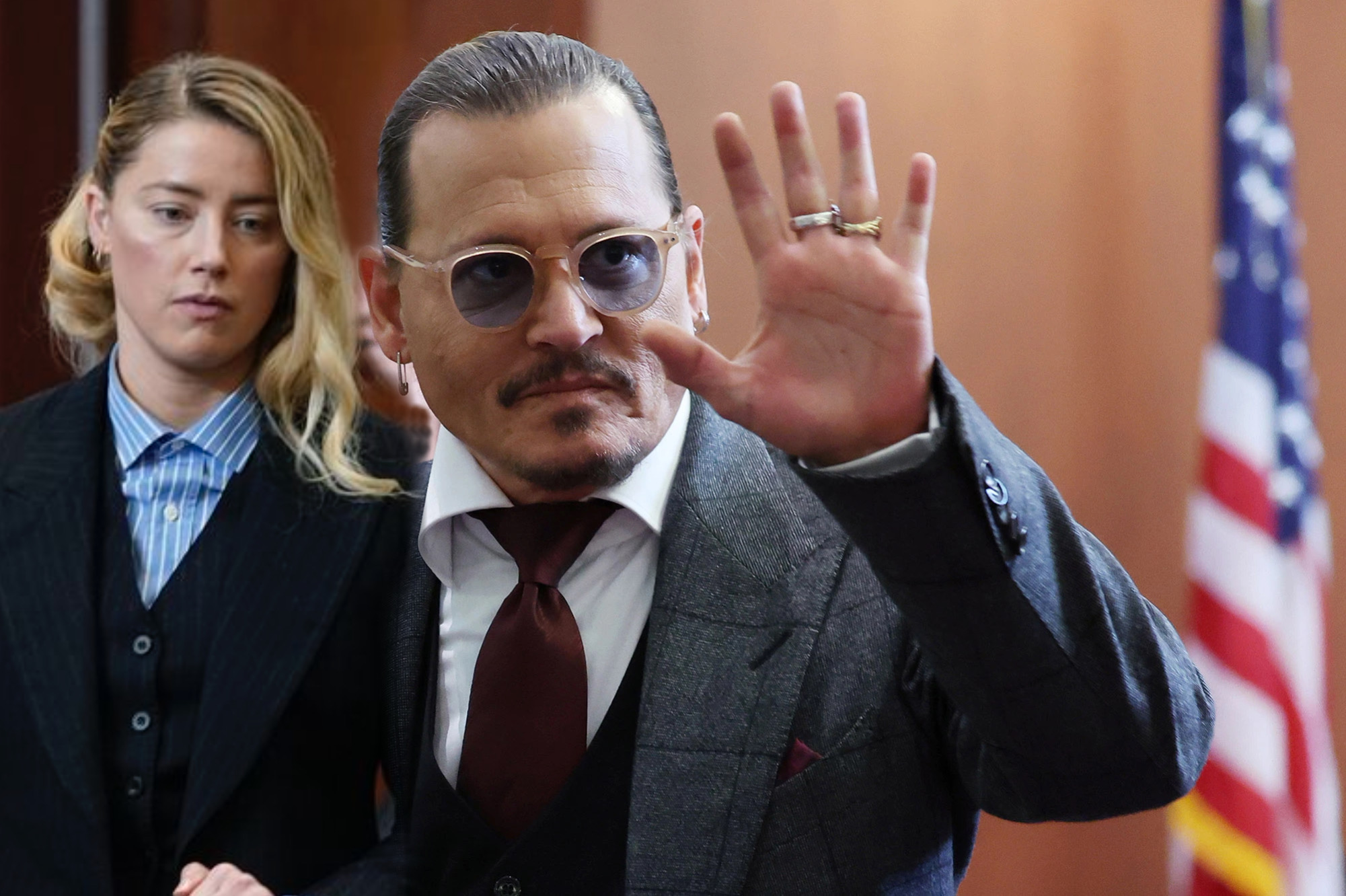 The jury of Depp v. Heard court voted in favor of Johnny Depp against his ex-wife Amber Heard, who has been occupying American public opinion for six weeks.

The American actor said in the first reaction after the court ruling that “the jury gave me my life back after six years." On the other side, Heard expressed her frustration with the decision of the court, stating "The disappointment I feel today is beyond words," Amber Heard stated. "I'm heartbroken that the mountain of evidence still was not enough to stand up to the disproportionate power, influence, and sway of my ex-husband.”

Johnny Depp had accused his ex-wife of slandering him by publishing an article in 2018.

In an article published in the Washington Post, Amber Heard claimed, without naming Johnny Depp, that she had been beaten by a well-known figure in her private life.

But Johnny Depp has since vehemently denied the allegations, saying he has never beaten Amber Heard or any other woman. He also said that during their marriage, the person who turned to physical violence was Amber Heard.

Amber Heard, whose fame in acting is not comparable to Johnny Depp, says she has fallen victim to her ex-husband's fame.

Excerpts from the trial, in which Amber Heard tried to prove by posting photos and videos that she had been the target of domestic violence, had a significant impact on American social media and public opinion.

On Wednesday the jury finally ruled that Amber Heard had defamed Johnny Depp. According to the jury, Johnny Depp was found entitled to $15 million in damages.

The panel also rejected two of the three allegations made by Amber Heard against Johnny Depp.

However, the jury ruled that Johnny Depp's lawyer had defamed Amber Heard and that he was entitled to $2 million.

Depp and Heard met during the production of "The Rum Diary" in 2011 and got married four years later.

But about two years later, they decided to separate.

Although Heard did not name Johnny Depp in the 2018 article, Depp's lawyers argued that Heard’s identity was clear and that Johnny Depp had been severely damaged by the defamation.

But during those six weeks, Heard’s lawyers insisted that she had not lied about Johnny Depp and that publishing this article in the context of freedom of expression should not be prosecuted.

Amber Heard also published several photos of Johnny Depp in which he was mostly asleep or in poor condition. Heard said Johnny Depp lost consciousness in the photos because of alcohol or cocaine.

Johnny Depp also released a heartbreaking image of his bloody finger in the court, saying he was injured in a fight with Amber Heard. Depp claimed that Heard threw a bottle of vodka at him and that the attack seriously injured his finger.

Heard denied the allegations, claiming that Depp sexually assaulted her with a bottle of alcohol that night. Heard said she hit Depp to protect herself or her sister.

The court hearings were broadcast live on social media, and many followed the conversations closely.

Johnny Depp, once one of Hollywood's biggest and most lucrative stars, told the court that Amber Heard's lies had "blown everything away".

He said a new film in the "Pirates of the Caribbean" series was to be made, which was suspended after the article was published.

Depp also said he was set to star in the "Fantastic Beasts" series, but was dropped from the film after the article was released.

Depp also sued the British newspaper “The Sun Tabloid” two years ago. The newspaper described him as a man who beat his wife.

But in that case, the London High Court ruled in favor of The Sun Tabloid.

Amber Heard has been an ACLU ambassador on women's rights. Many believe her toxic femininity blew the years of struggle for women's rights, and now there are many problems for women who are really under domestic violence.

Johnny Depp's recent case was filed in Fairfax, Virginia, where the Washington Post is published.