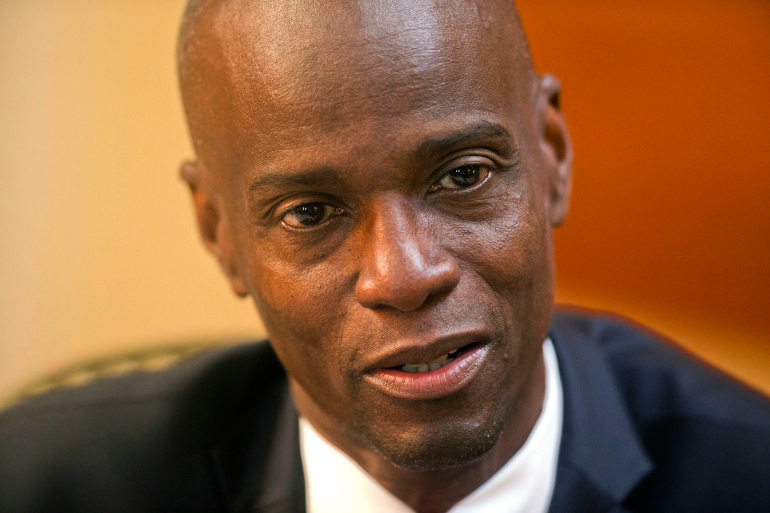 Haiti President Jovenel Moise was assassinated by a group of unidentified people on 7th July 2021. The assailants attacked his private residence at 1 am on the outskirts of the capital city Port-au-Prince, said the country's interim Prime minister Claude Joseph in his statement on Wednesday. First lady Matrim Moise was shot in the attack and was hospitalized, Joseph said. Her condition was not clear yet. Police chief Leon Charles said four suspects had been killed and two detained but some remained at large and a manhunt was still under way.

Haiti is one of the Caribbean nations with 11 million people already battling with months-long protest, economic crisis, covid-19 outbreak and now with the loss of their president. Prime Minister Claude Joseph calling it a “hateful, inhuman and barbaric act”. He said some of the attackers spoke Spanish indicating the foreign mercenaries were involved. Haiti is a French and Creole-speaking country. They did not disclose any other details of the incident but the local media reported that Moise’s body had been riddled with 12 bullets. Police had killed 4 of the attackers and arrested 2 of them but not disclosed the identity of the suspect nor have they offered any evidence linking them to the plot. It remains a mystery how the attackers were walked to a presidential residence, shot him dead, and walked out freely.

President Jovenel Moise who was 53, had been ruling by decree for more than two years after the country failed to hold the election due to covid and economic crisis in the country. Moise came into power in 2016 but he could not take office till 7 February 2017 because of protests and allegations that the election was marred by fraud. Before becoming a President, Moise was the manager of a banana plantation who also calls himself a banana man. Moise rose to fame when he decided to participate in the 2016 Presidential election. He promised the people of Haiti that he will fix the politics and economy of the country. In 2010, the country faced a devastating earthquake that killed at least 300000 people. Moise promised a new beginning by strengthening the institution and finish the corruption, thus he won the election in the first round itself but under his administration, the economic condition and politics of Haiti were affected more badly.

Currently, the motive of the attack is not clear yet but Moise was in a center of confusion because former president of Haiti Michel Martelly stepped down on 7 February 2016 and Moise won the election in November 2016 but due to protests, he was not able to take the office until 7 February 2017. According to Haitian Constitution (Article 134-1), “the duration of the presidential mandate is five years. Opposition leaders claimed that Moise’s five-year term ended on February 7, 2021, as Mr. Martelly stepped down on February 7, 2016. But Moise said he has one more year in office as he officially took over on February 7, 2017. As Moise refused to step down on February 7, the Opposition called for countrywide protests. Moise gives the order to arrest around 20 opposition leaders that caused violence by armed gangs spread across the country. Moise promised that they would conduct the election over a year but, Opposition leaders stated he was also looking for removing a section in the Constitution that bars Presidents from seeking re-election so that they could contest again. The political crisis was worsened by an economic contraction and the spread of COVID-19.

Haitian officials said on Thursday that 17 people detained thus far, adding to their assertions that “foreigners” had been involved in the brazen assault. The ambassador, Mr. Edmond, described the assailants as “well-trained professionals, killers, commandos.” Police say in his statement that 2 suspects are American and the other 15 were from Colombia. At least eight more suspects were on the run, authorities said. Security forces made the first arrests after engaging in a chaotic shootout late Wednesday. Haiti’s police chief, Leon Charles, said that five vehicles that might have been used in the attack had been seized but several of them had been burned by civilians.