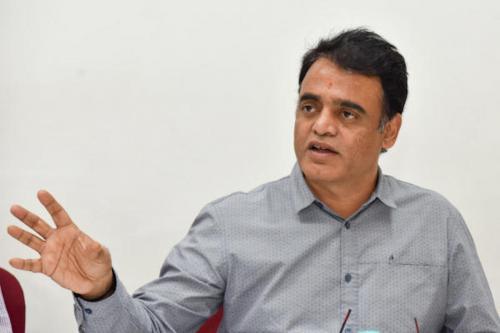 The education system of India has been constantly criticized for some time. The ancient gurukul system was applauded and several modern schools have adopted its model. On July 29th, 2020, the Union Cabinet of India approved the National Education Policy 2020(NEP 2020) which focused on the future of the Indian Education system. However, the new system was not implemented by any state of the country. On August 7, 2021, one year after the new scheme was approved, Karnataka became the first state to implement the NEP 2020 effective from the academic year 2021-2022.

A new policy that sketched the vision of India’s education system replacing the previous National Education Policy 1986 was approved for the states to consider the implementation of the National Education policy 2020. The scheme is considered a broad guideline for the development of education and clarified that it was not imposed and the decision to implement it was left upon the state, institutions, and schools. The main purpose of the policy was to transform Indian Education System by 2040.

Every few years or decades, the education policy of India is revised to develop the framework of the education system. The first policy of the National Education policy was drafted under the guidance of UGC Chairperson D S Kothari in 1964. On scrutiny and based on the suggestions from the Kothari Commission, Prime Minister Indira Gandhi implemented the first NEP in 1968. The second policy was introduced and enacted in 1984 under Rajiv Gandhi which proposed the “10+2” model. And now, the new NEP 2020.

The foundational stage included 3 years of pre-school and followed by class 1 and class 2.

The Middle Stage consisted of Classes 6 to 8 and introduced deeper concepts in subjects of mathematics, sciences, social sciences, arts, and humanities.

The Secondary Stage covered Classes 9 to 12 which divided classes 9 and 10 into phase one and classes 11 and 12 in phase two. Though not mandatory, the four-year stage aimed at critical thinking and further multiple options of subjects will be provided to the students

Further, the NEP-2020 proposes a four-year multidisciplinary bachelor’s program. Under the program, the students could exit the course in a year with a certificate, in two years with a diploma, and with a bachelor’s degree after three years. The final year was a multidisciplinary honors degree in any preferred optional subject. The new policy also opened doors for foreign universities to set up campuses in India. The other changes included: Master of Philosophy (M.Phil.) to be discontinued and the fees of both private and public universities to be fixed. The new NEP-2020 promised to bring about a change in the education system.

Karnataka State Higher Education Minister C N Ashwath Narayan on Saturday claimed that the state stood first to issue an order to implement the National Education Policy 2020. After a meeting with the officials, the state decided to implement the policy from the academic year 2021-2022. Other officials include P.Pradeep, Commissioner, Dept. of collegiate education, prof Thimmegowda vice-chairman Karnataka higher education council Kumar Nayak, Additional chief secretary to higher education. The decision is expected to be followed by other states in envisioning and revolutionizing the current education system.