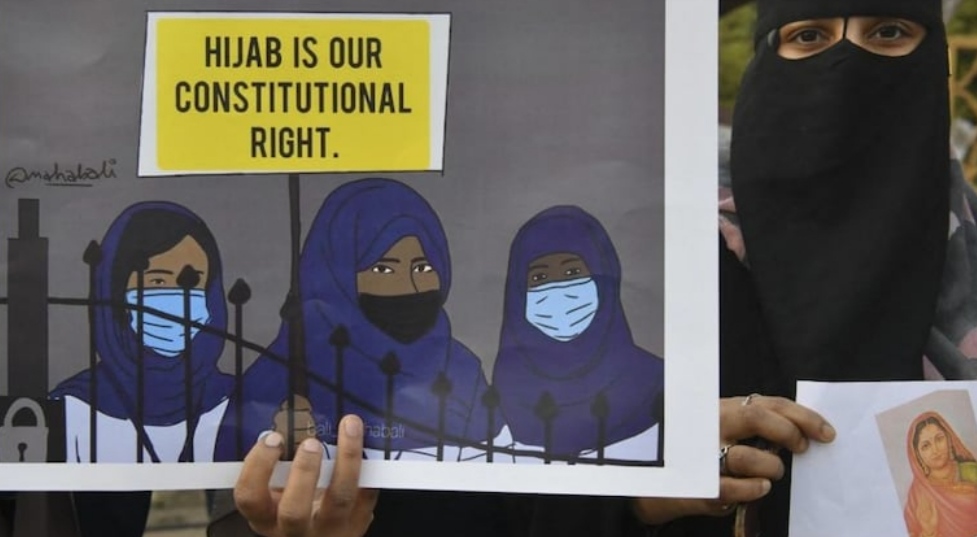 The Karnataka High court upholds the hijab ban. Hijab is not a part of essential religious practices of Islam and thus, is not protected under Article 25 of the Constitution,” – said the three-judge Bench of Chief Justice Ritu Raj Aswathi and Justices Krishna S Dixit and JM Khazi.

“Karnataka HC’s decision to uphold the Hijab ban is deeply disappointing. On the one hand, we talk about empowering women, yet we deny them the right to a simple choice. It isn’t just about religion but the freedom to choose,”-Mehbooba Mufti tweeted.

The former chief minister of Jammu and Kashmir, Omar Abdullah, tweeted, “Very disappointed by the verdict of the Karnataka High Court. Regardless of what you may think about the hijab, it is not about an item of clothing. It’s the woman’s right to choose how she wants to dress. That the court didn’t uphold this basic right is a travesty.”

The petition was filed by Muslim girl students, in which they challenged the action of government PU colleges which deny their entry to school and college for wearing hijab. Since the court has upheld the ban, the Muslim girls have decided to move to the Supreme court.

Lawyer Anas Tanwir, who represents the girls in Supreme Court, told Al Jazeera that the court’s ruling is disappointing and erroneous. He believes it to be a wrong interpretation of the law. “As far as an essential religious practice is concerned, [that] should not have been the question. The question should have been whether the [authorities] had the power to pass such orders.”

Indian Journalist Nidhi Razdan also reacted against the order. “Did the court have anything to say on the way Muslim women were bullied and heckled into taking off their hijabs? The way little girls were stopped from going to school until they took off their headscarves at the gate?”- she tweeted.

Student and Muslim activist Afreen Fatima tweeted that the “court has ruled for the ban to be indefinite and it will be appealed. We will fight this until we win. My heart is breaking thinking about the thousands of girls who will lose an academic year and have been pushed out of the schools and colleges for wearing hijab”.