Karnataka Hijab row continues: From protests demanding postponement of examinations to the entry of a ‘radical’ organization. 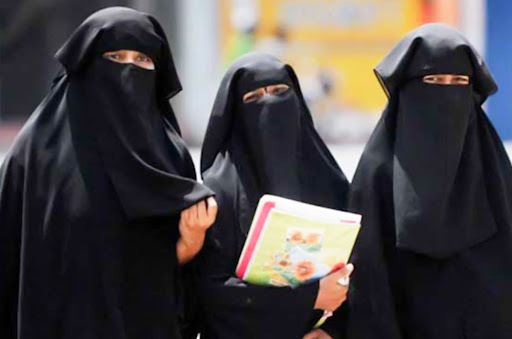 The Karnataka hijab case came into existence on January 1, 2022, when 6 students from PU College in Karnataka claimed that they were not being allowed to attend the classes because they were wearing hijab. Since then, the case has been making headlines.

An appeal was filed in Karnataka High Court on January 31, 2022, by the protesting Muslim students to seek their rights citing articles 14, 15, and 25 of the Indian Constitution. A bench consisting of Chief Justice Ritu Raj Awasthi, Justice Krishna S Dixit, and Justice K.M Khazi was constituted to look over the matter. In the wake of protests by students supporting hijab and Burqa on college Campus and students protesting against them with saffron shawls which led to clashes, An Interim order was passed by the bench restraining students from wearing hijab, burqa, and saffron shawls in Karnataka colleges till further orders.

Even after the High Court’s order, the protesting students were adamant about attending classes without hijab. They requested the deputy director of pre-University Education (DDPU) of Udipi to postpone the exams scheduled from February 28, 2022, as they won’t be able to take examinations without a hijab.

Advocate SS Naganand, Counsel of PU college on February 23, 2022, in the hearing stated that the protests are motivated by CFI (Campus Front of India) and mentioned it as a “radical” organization that is threatening the teachers of Udipi college. The advocate also added that uniforms have been compulsory in the college since 2004 and there were no issues till CFI members met some students from the college who wanted to wear hijab. He also referred to the Aadhaar cards of the petitioning students and mentioned that the photographs on them were without hijab, so it is not a matter of practicing faith where they should always be wearing hijab in public.

The bench headed by Chief Justice Ritu Raj Awasthi on February 23, 2022, clarified that the order restraining the students for not wearing religious attire applies to both degree colleges and pre-university colleges. It also cleared that the order is only applicable to students and not teachers. It also sought information on the role of CFI in the case.

On February 24, 2022, the Government of Karnataka stated in front of the Karnataka High Court that an FIR has been filed against the members of Campus Front of India for allegedly threatening the teachers of the pre-University Girls College. The government informed the court that the report has been filed concerning the submission made by Advocate SS Naganand.

The subsequent hearing for the case is scheduled for January 25, 2022.