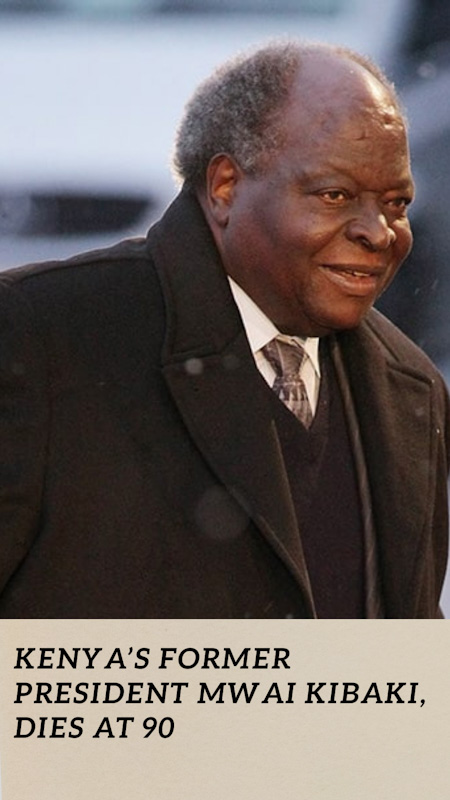 Kenya’s 3rd President, Emilio Mwai Kibaki, passed away on the 22nd of April after a long illness. The death was announced by President Uhuru Kenyatta, who proclaimed him as a leader who strove hard and accomplished much for his country. Kenyatta, who labelled him as a patriot for his role as a cabinet minister, opposition leader and vice president of the East African state, acknowledged his role in the economic and political reforms that were witnessed in the country after the country gained independence.

Mwai Kibaki, was the longest serving Finance Minister for nearly 12 years and served as Vice President for another decade where he initiated several economic reforms in the agriculture and infrastructure sector. From the launching of textile industries to the renovation of the largest airport in East Africa, the Jomo Kenyatta International Airport, many of his economic, and fiscal policies that he created enabled the country to be an economic leader in the region.

After taking over as president in the year 2002, he continued with his focus on rebuilding the economy from his predecessor and initiated reforms in the education sector such as free primary education where millions of children were able to benefit. He further tackled the war on graft and created policies that covered gaps experienced in the former regime of Daniel Moi, which experienced high levels of graft.

While his legacy was tainted by his re-election in 2007, where the democratic process was rigged, as accused by the opposition and observers; which resulted in the post-election violence resulting in the deaths of more than 1,000 people and displacing thousands of others. While the dispute was eventually settled, the mediation of the former UN Secretary-General, Kofi Annan, led to the formation of a coalition government with the opposition leader Rt. Raila Odinga.

Mwai Kibaki played an essential role in the political sector, where he promulgated the new constitution of the republic in 2010 that saw the change of government rankings, positions as well as roles to cater better to the citizens, he later retired in 2013, after a 10-year rule.

President Uhuru Kenyatta has announced a mourning period, where all flags in the republic and its embassies, shall be lowered to half-mast, until he is buried and the former president is set to receive state-funeral with full military honours.