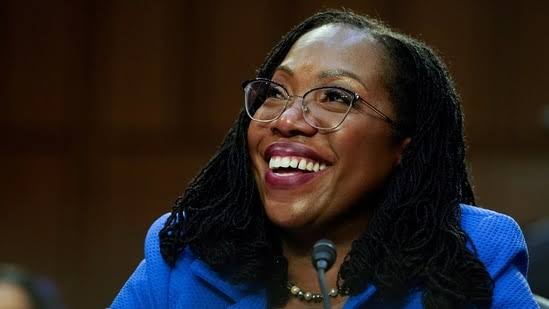 The nine justices of the US supreme court will take their seats on Monday, beginning a new judicial year. But unfortunately, the ripple effects of the panel's previous seismic term continue to echo across America.

The Court's new six-to-three hard-right supermajority stunned the country by overturning decades of established law during their first full term, which concluded in June. They destroyed the right to an abortion, relaxed already permissive gun rules in America, built barriers to addressing the climate issue, and gave religious groups more influence over public affairs.

Justice Ketanji Brown Jackson made history Monday when she was appointed to the bench. Still, she also made it clear that, despite her inexperience, she has no intention of becoming a softie. Jackson waited less than eight minutes before entering the fray. Her coworkers argued over how federal agencies might control land use to prevent water pollution.

The Court has stated that it will rule on various significant topics, such as voting rights, affirmative action, and LGBTQ rights. In addition, the justices will add more cases to their docket in the upcoming months.

The cases that the Court has already consented to consider are listed below. Before departing for summer vacation at the end of June, the justices are anticipated to rule on each of the following cases: Affirmative action, Voting rights, Elections, Clean Water, Immigration, LGBTQ+ rights, Native American adoption, Bacon law backlash, and Art world.

The Court's newest Justice graciously dominated the questioning at the start of Monday's session. Public confidence in the Court's political neutrality has been undermined by the aftermath of the recent wave of radical right-wing judgments.

A Gallup poll released this week shows that more than half of US adults do not trust it. It is the lowest rating since Gallup started tracking the trend in 1972 and a decline of 20 points in just two years. Justices have started to engage in public sparring in response to the pressure.

For example, according to the Wall Street Journal, liberal justice Elena Kagan recently accused her conservative colleagues of undermining the integrity of the Court by supporting Republican issues.

The Court's apparent impartiality has declined since it overturned its historic Roe v. Wade abortion rights decision in June. However, conservative and liberal justices have continued to emphasize that the body is not political.

Reproductive rights activists protested in large numbers around the US in response to that decision. As a result, a wave of restrictive abortion legislation was passed in the states with Republican governors.

A married Idaho couple wants to build a home on land the US government has designated a protected wetland. On Monday, the Court heard arguments about a case that might limit the application of a historic federal environmental legislation, the Clean Water Act of 1972.

The United States Supreme Court is established by Article III, Section 1 of the Constitution. There are now nine Justices sitting on the Court. Each Justice must be selected by the President and confirmed by the Senate before assuming office. Justices often keep their positions for life if they behave correctly.

The Constitution only grants original jurisdiction in conflicts between states, ambassadors, and senior ministers. Having appellate jurisdiction gives the Court the power to examine rulings from subordinate courts.