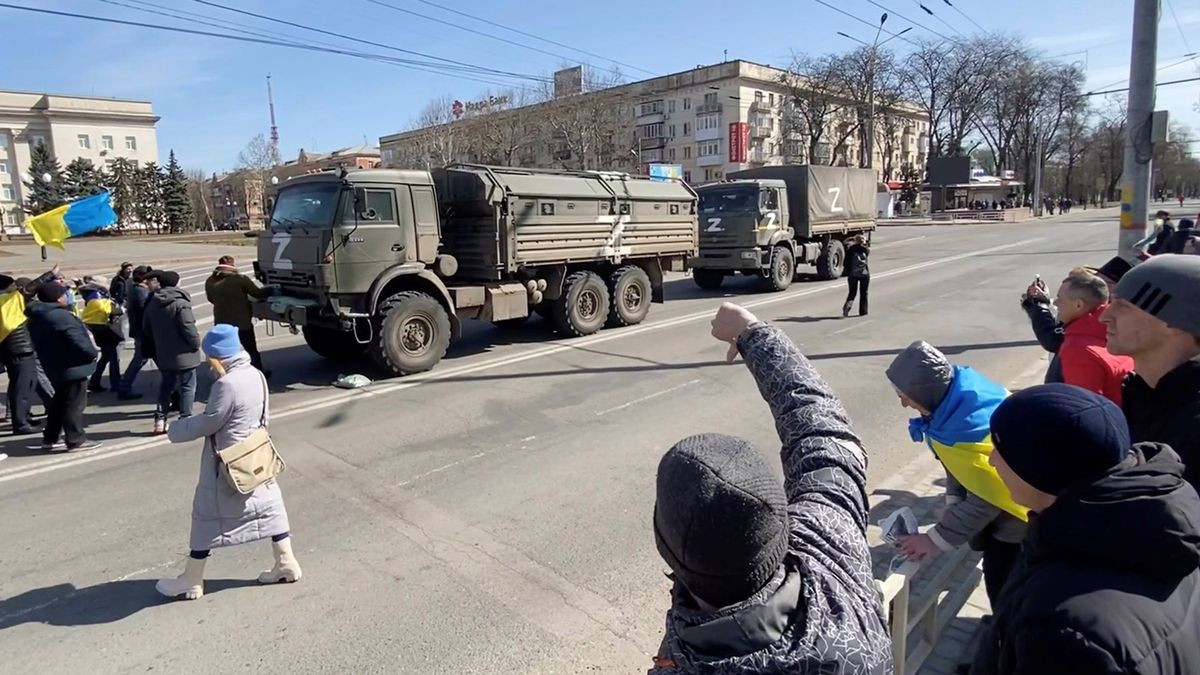 In May, Russia appears set to hold a referendum to establish a new breakaway state in southern Ukraine. The Associated Press reports today that citizens of Kherson have held multiple demonstrations against the Russian military occupation ever since its municipal government fell on March 3. Residents of the city are quoted in the AP report, many of which express anxiety and fear over Russia's plan for the town. On Friday, President Zelensky of Ukraine warned his nation that Russia would soon hold a pseudo-referendum to justify establishing a new state, the Kherson People's Republic (KPH). If this plan were to occur, Ukraine would play host to three unrecognized state entities, the Donetsk People's Republic and the Luhansk People's Republic.

Since Russian troops overran Kherson, rumor has abounded regarding a potential referendum. According to the AP, the mayor of Kherson was deposed on Tuesday and replaced with a puppet figure under the control of the Russian military. The city government buildings no longer fly the Ukrainian flag. Moreover, Russian forces have committed various atrocities within the Kherson region.

With the siege of Mariupol coming to a close and with Kherson under occupation, Odessa stands as the last major Ukrainian-held city in the country's south. Moscow hopes to cut Ukrainian off from the sea, effectively making it a land-locked country. By creating separatist republics stretching from Moldova to the Donbas, Ukraine will be deprived of the vital income it enjoys from its shipping industry. When Russia annexed Crimea in 2014, Ukraine shut off access to water supplies to the peninsula. By establishing a friendly people's republic in Kherson, Russia aims to protect this vital strategic asset.

As the unrest in Transnistria heats up, Ukraine fears that a new southern front will be opened by introducing Russian troops from the long-held Moldovan breakaway province. News of a potential referendum in Kherson will certainly give officials in Kyiv yet another item of concern to worry over.

If there are no transportation available, leave Kharkiv on foot: Embassy for Indians stuck in Ukraine